Singapore based – BIGO LIVE, India’s leading live streaming platform announced its initiative to educate Indian masses through the launch of its Education Channel. The platform plans to leverage the potential of live streaming and BIGO LIVE existing technological infrastructure to create a unique teaching pedagogy accessible to all. The channel has already initiated English and Soft Skill training classes through live streaming and aims to expand in other subjects gradually.

Live streaming has been instrumental in bringing a shift to the way online content is consumed and poised to emerge as the leveler to the disparity existing in the Indian education ecosystem. Audience in Tier 2/3 cities seeking good education platforms along with English and soft-skill training will particularly be benefitted through BIGO LIVE Education Channel, further more due to non-availability of such platforms in these cities. BIGO LIVE has already hired 70 + teachers under English program and aims to raise the count to around 200 by end June.

During the pilot of 1 month, this initiative received lots of eyeballs and users are participating and have benefited through this unique initiative of English learning. BIGO LIVE is also planning to have more of soft skills based training classes like Personality development, Interview skills, etc in near future.

Commenting on the initiative, Mr. Nagesh Banga, Deputy Country Manager, BIGO LIVE said: “India’s young and aspiring population presents an exciting opportunity for tech companies to disrupt the status quo and provide innovative solution for transforming education. Free live streaming education content on BIGO LIVE is an industry first in India. The key to this endeavor is its two-way live engagement and instant feedback natural synergy. We at BIGO LIVE believe in growing an ecosystem and bridging the gap between users from different backgrounds by paving opportunities in the field of education or entertainment empowering them to lead happy lives.”

BIGO LIVE Education channel can be accessed free of charge on BIGO LIVE App. The app is available for both Android and iOS on Google Play Store and Apple App Store respectively. 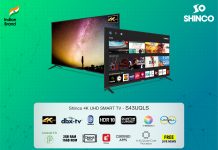 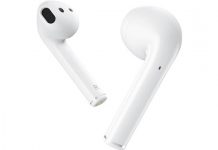 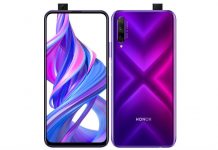