The first Union Budget 2014 by the Modi Government announced by Finance Minister ArunJaitley covers a lot of ground, and at first glance, there are some very interesting announcements that apply to telecom and IT sector.

As part of the announcements, online and mobile ADs will also come under the service tax ambit, which could impact a lot of online businesses; and 10 percent basic customs duties on importation of telecom products could also raise prices.
Some promises, like village level broadband connectivity, have been doing the rounds for years now,the government has also announced incubators and startup funds, and promised a special focus on technology startups.

More satellites, more communication
The Mars Orbiter is expected to reach its destination on September 24, and the finance minister also said that more GSLV satellite launches will take place. This will only increase the communication enablement and can also create more opportunities to reduce on the communication costs.

Integrated Online billing platform
As part of the Budget, it is also announcedthat there will be a unified bill payment system – a single website from where all bills can be accessed and paid. What this might do is pull the rug out from under payment gateways, as you could pay for products online directly through the RBI, instead of an intermediary.

FDI in e-commerce
TheFinance Minister also announced that the manufacturing units will be allowed to sell its products through retail including e-commerce platforms without any additional approval. This could simplify brands getting a presence on online sites like Flipkart, eBay, Amazon, Snapdeal, etc. The minister has also announced increasing the FDI level for the e-commerce sector.

Gadgets becoming cheaper
Mobile phones are set to get cheaper now.The government has announced that LCD and LED monitors under 19-inches will become cheaper. There is an announcement of4 percent exemption on smart card components as well. Also announced is no import duty on the components that go into making PCs – this could make local assembly of computers more attractive and indirectly lower prices.

What the Industry Says –

KunalBahl, CEO & Co-founder, Snapdeal:
The extension of railway logistics support to e-commerce companies is a positive initiative. This will reduce their reliance on surface and aerial logistics for their deliveries.

Ajjay R Agarwal, CMD, Maxx Mobile:
“The reduction in investment allowance limit from Rs 100 crore to Rs 25 crore will help in encouraging ancillary units. But, the budget does not have any specific measures to incentivize large-scale domestic manufacturing of mobile phones, like increasing the duty differential between imported and indigenously manufactured mobile phones. Some more concrete steps could have been taken.”

P.G.Lakshminarayan, Vice President-Finance at eScan
“The Budget looks pragmatic and realistic and is in line with expectations. Defined focus on domestic manufacturing & infrastructure, investment allocations to build Smart Cities & to increase broadband penetration of Indian villages, liberalization of FDI in ecommerce sector, promised actions to finalize GST this year, clarity on transfer pricing along with a collaborative framework to minimize future disputes,etc are all steps in the right direction and indicative of a positive start to a long-term process. To conclude, this Budget is quite optimistic with clear roadmap ahead and it will be quite interesting to track how it plays out eventually”

Neeraj Roy, MD & CEO, Hungama
The aspect of bringing back online advertising into the service tax ambit, whilst it is still a fledgling segment, is therefore almost a conflicting action and not a welcome move.

VivekVarshney, Vice President & Global Head Telecom Practice at UST Global
“We feel that the new government has presented a progressive budget, which will help in creating an investor-friendly environment and attract more foreign and domestic investment in the Telecom sector.  Allowing FDI in telecom will attract more investment across functional technology areas like 4G and Wi-Fi enablement of cities, railway stations and trains, will create more opportunities for telecom solution providers like UST Global. Another key highlight of the budgetis the creation of rural broadband vision which will allow telecom companies to be a part of inclusive growth and improve the penetration of technologies to rural households, thereby improving the living standards of the citizens. Government earmarking Rs 7060 crore in this financial year for developing 100 smart cities in the country would also help create communication infrastructure.”

welcome the budget of the present government to impose 10% duty on specified telecom equipment that are outside the purview of the Information Technology Agreement. This will go a long way in encouraging the domestic manufacturing of telecom equipment and creation of new jobs. We expect the generation of nearly 5 lac direct and indirect jobs. This budget lays further emphasis on expanding broadband which will guide the next phase of India’s growth. Another positive aspect of the budget is, the government for the first time talked about startups, entrepreneurs, domestic products and R&D with a budget provision of Rs 10000 crores.”

AdityaAgarwal, Director and Co-founder ICE (smart phone and tablet brand)
The FM has removed SAD for tablet components, which means lesser tax-related complications for companies. Earlier, we were supposed to claim a refund on SAD after the components have been used for manufacturing or assembling. The refund process was not only complicated but time consuming too. Removal of such a tax component is a step in tax simplification direction. 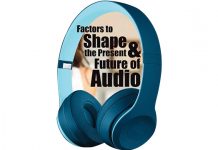 Factors to Shape the present and future of Audio 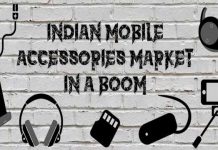 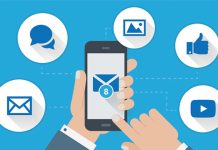