How your product and Brand made an impact in 2015?

We had yet another year of technological progression and brilliance at Corning Incorporated. Corning Gorilla Glass has been used on 4.5 Billion devices and 40 major brands since we launched the product in 2007. Gorilla Glass is the cover glass of choice for device manufacturers around the globe. Gorilla Glass has been featured as one of the key selling points by mobile device makers. Formed through Corning’s proprietary fusion draw process – Gorilla Glass’ exceptionally clean, smooth and sleek surface offers the perfect solution for touch devices.

In India, we collaborated with top mobile device manufacturers including Micromax, Lava and Intex adopting Gorilla Glass on their smartphones. For this, the company incubated a team in India to work closely with domestic OEMs.

Another big achievement at the global level was expanded application of Gorilla Glass such as Gorilla Glass for Automotive and Architecture.

What are the key strategies that make that move a great success?
Our strength and belief lies in understanding customers’ needs and pain points and working on an optimised solution which enables technological advancement in cover glass market.
Corning is continually looking for ways to improve Gorilla Glass and enhance the protection it helps provide to devices.

Despite the superior performance of Gorilla Glass, still the‘breakage’was identified as number one consumer complaint through Corning’s research in 2014. And we had our top scientists to perform thousands of hours of tests to figure out how and why breaks happen and then we developed Gorilla Glass 4 which is just as thin and light as previous versions but delivers dramatically improved drop performance. In laboratory tests on models and commercially available devices, Gorilla Glass 4 performs up to 2x better than competitive glass designs when dropped from one meter (slightly more than three feet) onto real-world rough surfaces such as asphalt and concrete.
As India’s smartphone market is expected to grow to 210M units in 2019 and become the second largest market after China (in terms of units), there is an immense smartphone cover glass opportunity for Corning in India.And we are expanding our Gorilla Glass applications into adjacent markets such as automotive, interior architecture where we’ve already seen some significant progress and opportunities.

Major alliances that make this possible?
We have been collaborating with the leading mobile manufacturers like Samsung, Micromax, Nokia and Lava mobiles for Corning Gorilla Glass in order to enhance the protection of mobile devices. It is the robust R&D infrastructure that allows us to experiment and constantly evolve the technological prowess. At Corning, we create an environment in research and development (R&D) that enables the best scientific minds in the world to create the innovations that form the foundation of our future. We continue to reinvest approximately 9% of our revenues into R&D, providing our scientists with the resources they need, to be successful. We thrive on change and have built a culture that enables us to remain at the forefront of the markets we serve, often working closely with our customers. Our scientists regularly share expertise across both materials and businesses, enabling us to dynamically allocate resources to the most promising opportunities.

Here are examples of our successful alliances with major brands.
Corning’s collaboration with Micromax Informatics Limited, India’s second largest smartphone brand is a proof of our commitment to provide constant and improved technology by delivering durable and damage resistance Corning Gorilla Glass 3 with Native Damage Resistance to Micromax smartphones.
Another successful alliance that made news in 2015 was with OBI Worldphone  for its newest flagship smartphone, the Obi Worldphone SF1. The Obi Worldphone SF1 featured a unique and eye-catching raised 5-inch display made of Corning Gorilla Glass 4, which is up to two times tougher than any competitive cover glass.

Also, Corning and Samsung have been conducting co-promotion to leverage the brand awareness of Gorilla Glass and Samsung’s leading devices. When Samsung unveiled its new Galaxy series, Galaxy S6 and S6 edge in March 2015, the company highlighted Gorilla Glass 4 as one of the key features saying that Gorilla Glass was adopted not only for front screen but also for back of the device. Corning’s tough, thin, and touch-friendly cover glass creates interfaces that are more durable, responsive, and pleasing to our senses. 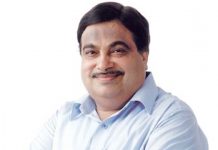 This is the time that all stakeholders, we should encourage people, encourage industry, create confidence in their mind for the future: 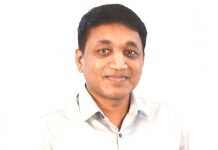 AI is no magic: 4 steps to get your organization started on its AI journey 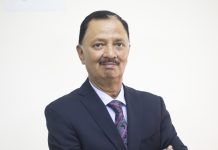