However, the difficulty with the art market is that so much of the value of art is tied to the ‘judgments’ of commercial art establishments. These establishments have access to privileged information that is not made universally available and so the market is drastically distorted and arbitrary. Thus, it is this niche nature of the market mechanism that makes it difficult to study and access information publically and objectively.

Indian Art market Global vs. Domestic
The Indian art market’s expansion has been lackadaisical, with contemporary Indian art being sold abroad since the 1990’s unlike its international counterparts. China, being the best example, has marked its presence in the global art world before attending to its domestic opportunities.

Locally, the market has taken flight since 2000 with the emergence of a handful of auction houses since, still primarily functioning via the Internet primarily targeting domestic buyers. Interest in modern Indian art yet tends to be driven by NRI’S, PIOS and a minority of resident Indians. The domestic market thus appears as a differentiated subsystem of society, which is dominated by the mechanisms of the global art market due to a lack of a corrective domestic museum culture and arts patronage.

Artworks are bought and used not only for their intrinsic value or ability to fulfill a material need, but also for the many connotations that they take on in a given cultural environment. Indian art is deeply rooted in recycled notions of a consolidated culture.

The singularity of the Indian culture within its heterogenic environment provides fundamental blocks to understanding the complexities of the culture and the art it produces. Thus .the appreciation (and purchase) of Indian art is predominantly by individuals of Indian decent or those who have a profound understanding of the copious connotations of the culture. Lately economic globalization of the art market has encouraged the cultural globalization of art worlds and led to the decentralization of the universal market.

Participation of Buyers
Until 2011 the 100top-rated Indian artists generated 97% of their income in the USA and UK, while in 2013 the domestic market has increased their participation with that statistic falling marginally to 94.3%. Christie’s has also reported that 50% of their buyers of Asian Sales are now Indians residing in the sub-continent. This change can be accredited to a strong momentum in the domestic art marketplace, increased international and national appeal of Indian art, expansion of domestic collectors and sounder economic conditions along with a greater local awareness of the arts. Also the categorization of art as a luxury item imparts it when an elasticity of quantity demanded highly correlated with disposable income and substitute goods such as equities, stocks, real estate and gold. Its illiquidity and negative correlation to the financial market makes it locally easily substitutable especially when the country’s GDP has grown only 4.4%in 2013 coupled with increasing inflationary rates and decreasing gross disposable incomes.

Yet there is substantial ground to be covered; in 2013 only four Indian artists found themselves among the top 500 global contemporary artists, down from 10 in 2011 with four of our PAG masters (Raza, Souza, Husain, Tyeb) making it to the top 500 modern artists at auction. Anish Kapoor, Bharti Kher, Subodh Gupta and Ravinder Reddy are international favorites, generating close to 99% of their annual sales from abroad, achieving record prices at auctions in New York and London. Contemporary artists such as Kapoor are citizens of the world, moving away from the traditional confines of artistic technique and mediums have earned major sales in London and New York, but surprisingly not domestically. Along with PAG masters continuing their influence on the market, locally as well as internationally.

Size of Indian market is about to explode
The Indian market has great potential with first mover advantage still available for investors. The global turnover of the Indian art market is under Rs.1500cr, including primary and secondary sales. The most expensive Indian artwork sold for Rs.23.7 cr with 50 paintings selling above Rs.5cr as compared to the most expensive international painting worth Rs.200cr. Globally one major evening sale of Christie’s (or Sotheby’s) brings in Rs.1500cr equivalent to the global turnover of the Indian market.

The Indian collector pool is increasing along with its HNWI’S, targeting a handful of masters working in the last 70 years with extremely limited supply. On analysis, one sees the price structure increasing for masters, easily estimated between Rs1cr to Rs2cr while their international counterparts demand Rs20-100cr ($4million-20million) and Chinese averages ranging between $20-40million. While comparing other Indian asset classes to the international segment, the price difference in minimal. Looking at the current trends, the expected market turnover is estimated Rs.1500cr-Rs.2000cr over the next decade, especially a tremendous increase in prices of masters.

Art and artistic works have existed for almost as long as humankind: from early pre-historicart to contemporary. Art plays an important role in the development of any nation and represents a set of shared attitudes, values, goals and practices. Culture and creativity manifest in almost all economic, social and other activities. A country as diverse as India is symbolized by plurality of culture and art forms. Today, India has one of the most diverse forms of art and each state has its own unique style of art.
Over a period of time, the Indian art scene has been dominated by few artists, who are aggressively promoted across India and abroad.There is a plethora of talent in India, unfortunately, many artists are not able reach out and the art world remains monopolized by a few, making it highly expensive and unaffordable.

Huesnstrokes.com has been set as a platform to showcase India’s vibrant untapped talent. This portal has been set up by Anita Wadhwani and artist Akshay Verma,who are only instruments in creating awareness about India’s unexplored talent.

The portal features artists across India including from Tier II and Tier III cities and has participation from even from smaller towns such as Katni(Madhya Pradesh), Ludhiana (Punjab),Guwahati (Assam), Beed(Bihar) and Nashik(Maharashtra) to name a few.The portal’s endeavor is to bring forth young new talent,especially from smaller cities and economically weakersections. The mission of Huenstrokes.com is to respect and applaud the creativity of artists across India and encourage budding talent.

Ms. Anita Wadhwani, Founder, Huesnstrokes.com
“The portal encourages artists with special needs such as Anand S. from Chennai, who despite his congenital disability originating from a spinal malformation follows his passion for art.Undeterred by physical discomforts and mental agony due to his longstanding physical ailments, he continues to paint. Though he cannot use the brush but is adept with the palette knife, with which he brings to life landscapes, which are semi abstract or semi realistic in both oil and acrylics.”

Additionally, this art portal also provides customization of art,wherein the customer can choose an artist from the portal and a painting can be specially tailor made as per the requirement of the customer in terms of size, colour, aesthetics and even budget. This one of a kind masterpiece will be specially designed keeping the taste and preference of the customer.

The portal features different genre of art and includes abstract, figurative, religious, landscape, charcoal drawings, contemporary, children as well as sculptures and photographs. The portal currently features more than 150 artists with 1500 paintings and plans are to increase this to Every painting/sculpture is an original work of art and comes with a Certificate of Authenticity

The paintings in the portal are reasonably priced and commencefrom Rs.2,000 onwards. The portal offers Cash on Deliveryservices and the painting are delivered within 12 days of receiving the order.The shipping of the paintings is Free of Cost. 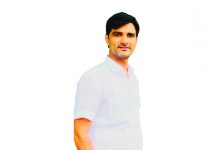 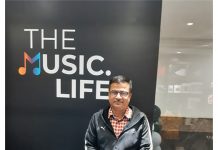 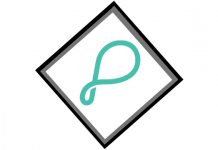