The Telecom Regulatory Authority of India (TRAI) recommended auctions with one of the largest quanta of spectrum on offer – more than 8,500 MHz, which at reserve price is valued at around Rs. 5.7 lakh crore. ICRA expects a relatively muted participation fetching around Rs. 55,000 – 60,000 crore to the exchequer. This, along with the impending AGR dues, are expected to result in further elevation of the industry debt to around Rs. 4,60,000 crore as on March 31, 2021 despite sizeable deleveraging done by the telcos as well as the anticipated improvement in cash flow generation post the tariff hikes.  Such a high valuation is on account of high reserve prices and high quantity of spectrum for the newer bands i.e. 700 MHz and 3300-3600 MHz, which are primarily expected to be used for 5G. The 700 MHz was put to auction in October 2016 where it went unsold and thereafter the price for this band has been revised downwards for the forthcoming auction.

Mr. Ankit Jain, Assistant Vice President, Corporate Ratings, ICRA Limited elaborates “The newer bands, which are expected to be used for 5G – 700 MHz and 3300-3600 MHz bands contribute more than 60% of the total value of spectrum to be put to auctions. While 3300-2600 MHz band is likely to be kept out of these auctions. We foresee minimal participation in the 700 MHz band and expect relatively better participation in the 800 MHz and 1800 MHz bands, that beholds significant expiries for incumbents in 2021; and thus the telcos will acquire for continuation of 4G services. However, even with this modest participation in auctions, the debt levels of the industry are likely to elevate further to Rs. 4.6 lakh crore. Despite the anticipated improvement in the cash flow generation in FY2021 post the tariff hikes, the debt coverage metrics are expected to continue to remain weak given the unyieldingly high debt levels.”

While it is expected that the Digital Communications Commission (DCC) may hold back the 3300-3600 MHz spectrum from the forthcoming auction and auction the remaining 2,475 MHz spectrum, it will still be valued at a whopping Rs. 4.35 lakh crore.

Avers Mr. Jain, “The upcoming auctions will provide an opportunity for the telcos to renew their expiring spectrum holdings in the 800 MHz and 1800 MHz bands. These renewals along with consolidation of 4G spectrum holdings in a few circles to augment network capacity is expected to lead to a spectrum participation of around Rs. 55,000-60,000 crore. This is modest in comparison to the more than Rs. 4.3 lakh crore worth of spectrum being put to auction. Even at this participation, the industry will have to shelve out around Rs. 20,000-25,000 crore upfront, while the balance will be paid over 16 years.”

The Government of India had budgeted Rs. 1.33 lakh crore as non-tax receipts from the telecom sector for FY2021. While the regular receipts – license fee and spectrum usage charges are expected to fetch around Rs. 20,000 crore, the telcos will have to pay Rs. 20,000-25,000 crore as upfront payment for the forthcoming spectrum as per ICRA expectations. In addition, the telcos are required to pay Rs. 90,000 crore as AGR dues as per the Supreme Court order, however the payment terms are yet to be finalized in the court. If the telcos are required to pay this amount upfront, the Government will meet its target for FY2021, while in case of staggered payment terms stretching to 20 years, there will be a sizeable shortfall in the GoI collections. 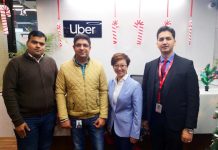 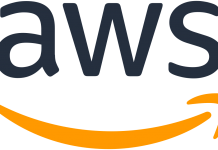 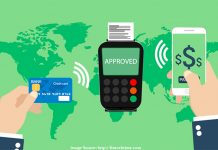