Reichle & De-Massari (R&M), the Swiss developer and provider of cabling systems for high-quality network infrastructures, presents its market outlook for 2020.

5G continues to drive the digital transformation: According to a prediction from Gartner, worldwide 5G network infrastructure revenues will touch $4.2 billion this year, recording 89% year-over-year growth. In 2019, Switzerland auctioned licenses for 5G services, as one of the first countries in Europe. The market is raring to go, but rollout is taking time.

However, once fully rolled out, the 5G network will be capable of linking 100 billion devices simultaneously. Carriers are increasingly deploying 5G, even as they keep densifying 4G LTE. According to Deloitte, telcos are starting to target enterprises for 5G applications in areas such as education, healthcare, manufacturing, retail, transportation, and as an enabler for private networks. 5G’s vast bandwidth and latency performance potential can be realized by bringing Fttx networks closer to the wireless connection point.

Radio links will be increasingly replaced by antennas integrated into fiber networks and connected to local or regional edge data centers. Applications will rely on 5G’s ability to enable edge computing, which will allow for greater reliability, better use if bandwidth, and lower latency. International Data Corporation predicts that in three years, 45% of all IoT-generated data will be stored, processed, analyzed, and acted upon close to or at the edge of networks.

Wireless and wireline networks are converging: Wireless access for fixed and mobile loops is resulting in dense short haul fiber capacity to wireless nodes, connected to more local hubs. Operators are deploying fiber closer to end users to support both wired and wireless access. Major telecom service providers are combining FTTx and 5G rollouts to benefit from using a common architecture for wireless and wired access that supports both platforms. Performance associated with 5G, such as low latency, high capacity and extreme reliability depend on having sufficient fiber. Operator’s investment budgets will keep merging as they increasingly discover that it’s not about choosing between wireless and wire line investments, but instead investing in both. A well-designed solution should accommodate all current and near-future requirements, offer a lower cost per connection than existing platforms, and provide a pay-as-you-grow approach and flexible upgrade path for many years to come, allowing additional connections to be installed with minimal disruption to existing services. Initial investment in cabling infrastructure can be minimized, with the possibility to upgrade to expand the Fiber/Access network when required. Where 4G and 5G network densification results in moving baseband technology to central hubs, this process needs to be partly reversed as 5G low latency services at a later stage as it requires embedded baseband technology to be deployed at the edge.

Smart Cities continue to evolve: The infrastructure supporting Smart City services consists of IoT-linked sensors connected by fiber extending deep into the network. This plays a crucial role as the backhaul network for connected and wireless networking. Infrastructures for smart cities require a well-thought-out, highly flexible approach to architecture and capacity for data traffic that will continue to develop dynamically for decades to come. If there are bottlenecks between workstations, smartphones, cellular phone antennas, data centers, Cloud, IoT, WLAN, smart homes, or networked vehicles applications and services will not work as intended. According to research by Deloitte, carriers will be unable to support projected increases in mobile data traffic without additional fiber deployments that reach deeper into metropolitan centers. 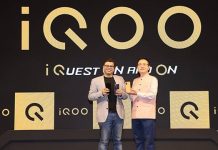 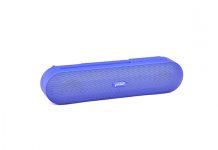 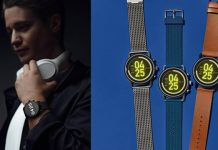