Harsh Jagnani, Sector Head & VP, ICRA Limited comments on the impact of Union Budget 2017-18 on the telecommunication sector “The budget has laid emphasis on promoting digital economy and improving broadband connectivity, especially in rural India. These steps should increase the broadband penetration in the country and increase data usage, which has been the key focus for the telecom players. The FY2017 RE for non-tax revenues from communication services has been lower by 20% than the BE, although ICRA estimates that the final amount may turn out to be lower than the RE by another 5-10%. The BE for FY2018 does not factor in any spectrum auction and is in line with our estimates.”

Broadband penetration in India is low, as can be gauged by the fact that as on October 2016, total broadband subscribers in India stood at 218.4 million out of which 200.5 million were mobile broadband subscribers – as against 1078.4 million total wireless subscribers. The non-mobile broadband subscriber base stands at a paltry 17.9 million showing significant under-penetration. Proposals to launch DigiGaon initiative, promoting digital transactions through Unified Payment Interface (UPI), Unstructured Supplementary Service Data (USSD), Aadhaar Pay for those who do not have debit/credit cards, incentivising digital payments and other measures to reduce cash transactions will result in increase in data penetration and overall data usage in the industry. Moreover, for increasing rural broadband penetration, the Budget allocation to the BharatNet project of connecting gram panchayats by optical fibre has been increased to Rs. 10,000 crore.

The estimate of non-tax revenue receipts from communication services for FY2017 has been revised downwards to Rs. 78,700 core from Rs. 98,995 crore. ICRA further expects that the final amount may be still lower, by about by 5-10% vis-a-vis the RE. The downward revision has been on account of lower receipts from spectrum auctions. For FY2018, the Government of India expects to raise Rs. 44,342 crore from communication services. ICRA expects the actual receipts to be largely in line with the budgeted receipts in absence of any additional spectrum auctions. 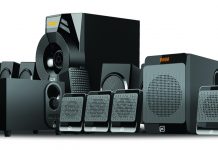 Matata – a premium Audio and Accessories brand launches in India 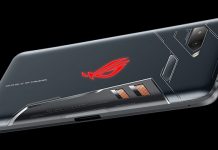