Xiaomi, India’s number one smartphone and smart TV brand, today announced that they donated over 1.1 lakh notebooks for underprivileged kids on the occasion of Children’s Day. The notebooks, weighing over 18,000 kg cumulatively, were made from recycled paper and were first used to make the world’s largest notebook mosaic.

This has also led to Xiaomi creating two Guinness World Records; one for the ‘World’s Largest Notebook Mosaic’ and another for ‘Largest single donation of school supplies in 24 hours’. The world’s largest notebook mosaic was made of the recycled notebooks and measured at 1950 sq. ft. The largest single donation record has been built basis the weight of the total notebooks.

Xiaomi has partnered with United Way, a community based organization, to distribute these 1.1 lakh notebooks to kids in need across the nation.

Anuj Sharma, Chief Marketing Officer, Xiaomi India said, “As a brand, we are always looking at opportunities to give back and help our community. This activity is extremely special to us, as we are trying to create potential opportunities for tomorrow’s generation. It’s a small gesture which we hope will be replicated by all our millions of Mi Fans to support the innovators of tomorrow.

“We are also excited about the fact that our outreach has helped us create two Guinness World Records simultaneously. It is definitely encouraging to be recognized while enabling the community, and we hope to keep working to make a difference.”

Rajesh Krishnan, Executive Director, United Way Bengaluru said, “Xiaomi and United Way Bengaluru have been partners for over 3 years now, with Xiaomi supporting Kempambudhi Lake. We are delighted to partner with them again for the notebook mosaic they created for underprivileged children, and donated over 1.1 lakh notebooks made from recycled paper for children from underprivileged communities. Xiaomi and UWBe came together once again to make this happen. A very thoughtful gesture by Xiaomi team. While this is making an entry into the Guinness World Records®, what is inspiring is the very thought to undertake such initiatives keeping communities at the centre of any such tasks. May Xiaomi inspire others to do similar activities. We are extremely proud of such partnerships.”

Rishi Nath, Adjudicator, GUINNESS WORLD RECORDS said, “As an official adjudicator of Guinness World Records, I would like to congratulate Xiaomi Technology India Private Limited on their success in securing the record titles ‘largest notebook mosaic’ and ‘largest single donation of school supplies’. It was wonderful to see the effort and enthusiasm with which everyone worked towards this remarkable achievement.” 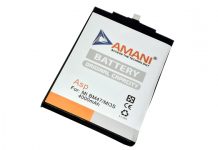 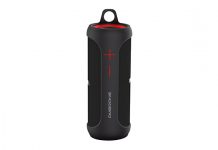