Xiaomi , the startup founded in China in 2010, released its first smartphone recently, globally as well as in India. The device experienced an astonishing response from the buyers, often stocks finishing in minutes at their online retailers. Xiaomi announced Singapore as its first international stepping stone outside China, Hong Kong and Taiwan.

In India, Xiaomi Mi3 went on sale on July 22. They opted for the online distribution model with an exclusive tie-up with Flipkart, rather than setting up a local sales base or its own online retail channel. Xiaomi claimed that they received around 100,000 registrations by July 21 itself, though that didn’t guaranteed a unit for the buyer, and as soon as the Mi3 went live, Flipkart site crashed and the e-commerce site claimed the Mi3 was out of stock, but the site promptly said it would bring in the next batch on July 29 while the registration would begin on July 28. And the second batch too sold in five seconds. In Its third batch, the Mi3 sold out at a record less than two seconds. This was because Flipkart had changed the process for the second batch wherein users simply needed to add the device to their carts, and could make the payment any time later that day. So every time Xiaomi Mi3 went for sale, there were more unsatisfied customers than the lucky Mi3 buyers. Many said the sale was a scam, but the reality was that Flipkart has been receiving just small batches of handsets for every sale.

India is not the first country in which Xiaomi phones have been selling at this pace. In Malaysia, the Mi3 handsets disappeared in 17 minutes when they were launched in May. In early March, the Mi3 model was sold out in Singapore in 2 minutes. Its latest phone, the Mi4, for instance, sold out in China in 37 seconds last week. Without any TV commercials or celebrity brand ambassador, Xiaomi has really succeeded in creating a big hype in spite of being an unknown brand.

Manu Jain, Head of India operations for Xiaomi, stated, “We are overwhelmed by the response in India. For our last sale on July 29, more than 200,000 people had registered. Flipkart saw an unprecedented 250,000 users simultaneously accessing the Mi3 page shortly after the last sale opened on July 29.”

Flipkart’s Co-founder, Sachin Bansal, asserted, “Mi sales model is a new concept for us at Flipkart. Now we are working towards improving customer experience. We are also working towards ensuring a more seamless experience in the future at our website.”

Xiaomi’s International Vice President, Hugo Barra, clarifies, “We are not expecting big profits in India any time soon. First, Xiaomi is planning to build India-specific features for its phones and set up a local team to help penetrate one of the world’s fastest growing smartphone markets.”

Lin Bin, Co-founder of Xiaomi, said, “We can become bigger in India than we are in China, in future. Our first objective is to see how Indian users perceive our products and make our products user delights. Market share is not a priority.”

Few tips to successfully fetch the unit when the next available again on Flipkart
# Use the Flipkart App’s counter: The website counter rolls by minutes but the App counter shows seconds as well. The right time to hit the add button is when the counter on Flipkart app hits zero.
# Multiple Accounts: If you have multiple accounts, it will increase your chances of hitting a successful buy.
# Go for Cash-on-Delivery Option:  That works better

Why everyone is after Mi3

Cheapest smartphone with top-of-the-line specifications: Mi is a budget winner with an aluminum body and ergonomically designed handset. Great build quality, speedy performance and an unbelievably low price make Xiaomi Mi3 a perfect big brand killer. Xiaomi has the Corning gorilla glass 3 scratch resistance display.  Xiaomi Mi has custom UI, it is easy-to-use and it offers some handy shortcuts along the way. 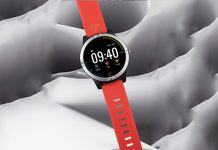 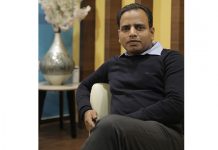 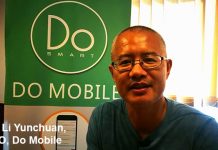