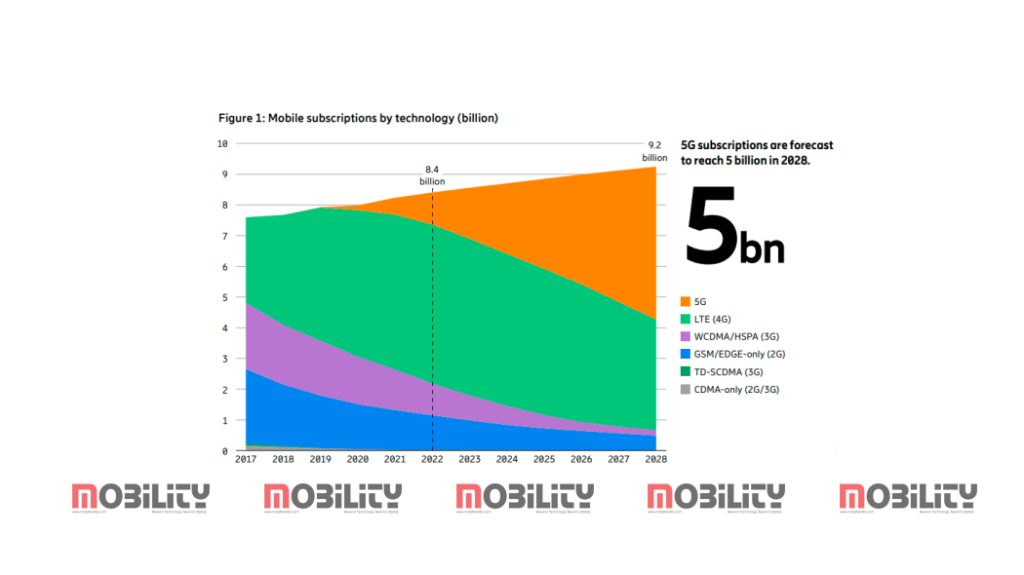 5G subscriptions2 grew by 110 million during the third quarter to around 870 million, and that number is expected to reach 1 billion devices from several vendors, with prices falling faster than for 4G, and China’s large, early 5G deployments. 5G will become the dominant mobile access technology by subscriptions in 2027.

During the quarter, China had the most net additions (+15 million), followed by Nigeria (+5 million) and Indonesia (+4 million). by the end of 2022. North America and North East Asia are expected to have the highest 5G subscription penetration by the end of 2022 at around 35 percent, followed by the Gulf Cooperation Council countries at 20 percent and Western Europe at 11 percent. In 2028, it is projected that North America will have the highest 5G penetration at 91 percent, followed by Western Europe at 88 percent.

As per the report, 5G comes at a premium when compared to the 4G network in markets like Europe. Around 25 per cent of network providers charge a premium of around 40 per cent for the 5G network, which does impact the 5G adaptation rate.

This is a non-issue in the US as most 5G providers offer unlimited plans that cost $60 per month. However, some brands do keep a faster 5G network (mmWave) under an additional premium paywall, which might cost around $85 a month that offers faster download and upload speeds with no data cap.

Coming to India, Jio is offering free unlimited 5G network access in select cities across the country. Similarly, Airtel is offering 5G internet access for the cost of a 4G network in India. Both companies are expected to launch dedicated 5G plans with increased data caps in the coming months, which are likely to be on the premium side when compared to the 4G data plans.