‘A study of millennial parents of Generation Alpha Kids’ 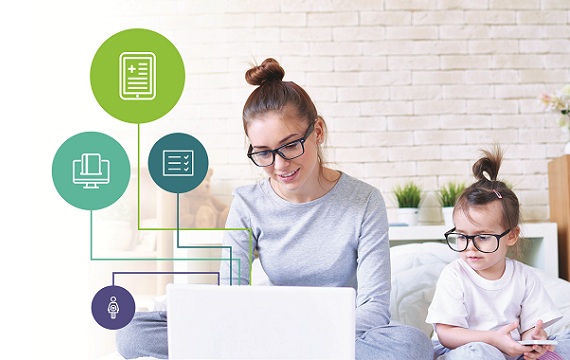 IEEE, the world’s largest technical professional organization dedicated to advancing technology for humanity, today unveiled “Generation AI:  A Study of Millennial Parents of Generation Alpha Kids.”  The survey illuminates how Millennial parents with Generation Alpha children (those seven years-old or younger) think growing up interacting with AI technology will impact the lives of their children.  Born in 2010 and through 2025, Generation Alpha is considered by many to be the most tech-infused demographic, and AI technologies are expected to infiltrate nearly every aspect of their lives.

Parents are Less Worried if AI is Behind the Wheel

Getting a driver’s license is a new stage of independence for teens, but with self-driving car technology on the horizon, the IEEE survey found that Millennial parents of Generation Alpha kids are slightly more nervous about their child driving for the first time alone (31 percent) than their child riding in a self-driving car alone for the first time (25 percent).  However, 44 percent of parents are equally worried about both scenarios.

AI, Not Kids, Preferred by Millennial Parents for Care During Golden Years

Experts say AI will power smart devices in the home that support physical, emotional, social and mental health, from monitoring and assistive devices like intelligent walkers to robot-assisted dressing.  About two-thirds of Millennial parents (63 percent) would rather have AI help them live independently in their golden years, while just 37 percent prefer to rely on their own children, the study found.

AI Pets Put Real Ones in the Doghouse, While Some Families Welcome AI Nannies

AI is powering pet robots that can identify, greet, obey and entertain the family.  Nearly half (48 percent) of Millennial parents of Generation Alpha kids say they would be likely to get a robot pet instead of real pet if their child asked for one, according to the survey.  In addition, fathers (55 percent) are more likely than mothers (42 percent) to get a pet robot for their kids.

Because AI is giving life to walking and talking robots that are becoming more adept at human behavior, 40 percent of Millennial parents of Generation Alpha kids say they would be likely to supplement or replace a human nanny with a stay-at-home robo-nanny to help take care of their children.

To keep Gen Alpha kids engaged, Millennial parents are using apps, interactive screens and artificial intelligence-powered devices that 44 percent say also increases their own focus as parents, as a result.  In addition:

In the future, “smart” toys and AI apps currently in development have the potential to respond to human language and a child’s behavior or enable real-time monitoring and enhancement of vocabulary learning.  According to the IEEE survey, a majority of Millennial parents (80 percent) say AI technology increases their expectations that their Generation Alpha babies will learn faster and more than they did, while for 20 percent, expectations are the same or less.  In addition, three quarters (74 percent) of Millennial parents say they would consider an AI-powered tutor for their child.

Many experts believe that engineering is driving a myriad of world-changing activities, from space exploration, drones and computer science, to health, medicine and biology; and from vehicle technology to consumer electronics, to name just a few.  About three-quarters of Millennial parents of Generation Alpha kids (74 percent) say they will encourage their child at least somewhat to consider studying and pursuing a career in engineering (including 38 percent who will strongly encourage them) given the world-changing activities in that field.