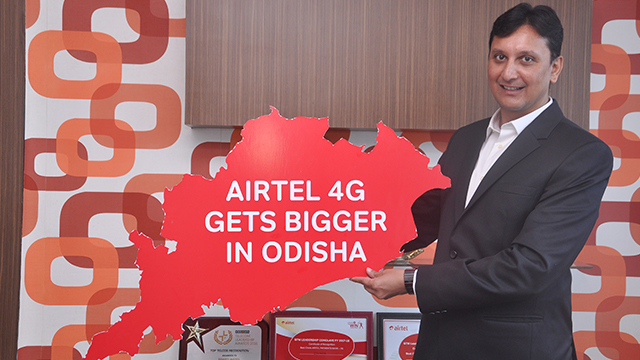 As a part of its network expansion program – Project LEAP, Airtel announced its plans to add 4,400 new sites in FY 2018-19, along with an addition of 1,500 kms of optic fiber, in Odisha. While stepping up the data capacities and taking services deeper into rural and unconnected areas, the massive roll-out would mean addition of 1 new site every two hours to Airtel’s future-ready network in the state of Odisha

The expansion plan for FY 2018-19 follows a fruitful FY 2017-18 which saw 3660 new sites being deployed and more than 500 kms of optic fiber being rolled out in Odisha, extending its mobile broadband footprint to 53,500 towns and villages.

Siddharth Motiwale, Chief Operating Officer – Odisha, Bharti Airtel Ltd, adds, “We are committed to offer our customers in Odisha a seamless experience on the best smartphone network. We will continue to invest aggressively in the region and expand our network capabilities with over 15,600 sites by the end of this financial year. With our enhanced speeds, reach and coverage, we also aim to contribute towards the Government’s vision of Digital India.”

With this planned roll-out, number of Airtel’s mobile sites in Odisha would go up by 40% to 15,600, further enhancing the speeds and voice qualities. The addition of fresh optic fiber would extend its fiber backbone to 9,500 kms, supporting the growth of high speed data services in the region.

With VoLTE services launched in June 2018, Airtel is already witnessing a steady surge in its VoLTE traffic in Odisha on the back of the availability of a seamless 4G network with fallback capability. With the fast growing availability of more Airtel VoLTE compatible handsets, more customers will be able to enjoy HD voice quality, faster call set up with Airtel VOLTE.