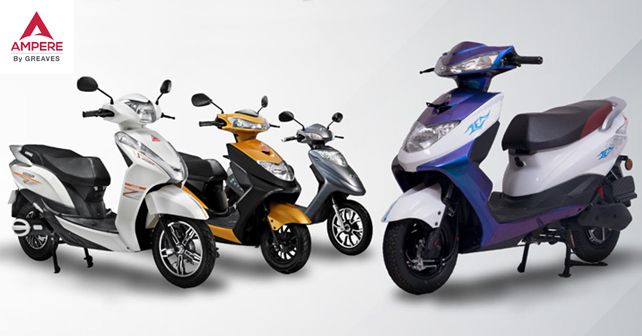 The centre has recently decided to increase subsidy on electric two-wheelers in India under the FAME II Scheme. Hence several EV makers have started to revise prices of their vehicles. Greaves Cotton’s e-mobility arm Ampere Vehicles has announced reduction in prices of its scooters by up to ₹9,000.

The FAME II Scheme will not only bring about significant subsidy revision in the price but also make EV (electric vehicle) affordable thereby making it easier for common masses to buy it.

Two-wheelers, especially the e-scooters, are the largest beneficiary of the ₹10,000 crore subsidy earmarked in the FAME-II scheme. However, not every electric two-wheeler benefit from this scheme.

Government had approved Phase-II of FAME Scheme with an outlay of Rs. 10,000 Crore for a period of 3 years commencing from 1st April 2019. This phase aims to generate demand by way of supporting 7000 e-Buses, 5 lakh e-3 Wheelers, 55000 e-4 Wheeler Passenger Cars (including Strong Hybrid) and 10 lakh e-2 Wheelers. According to a press Statement, depending upon off-take of different category of xEVs, these numbers may vary as the provision has been made for inter as well as intra segment wise fungibility.