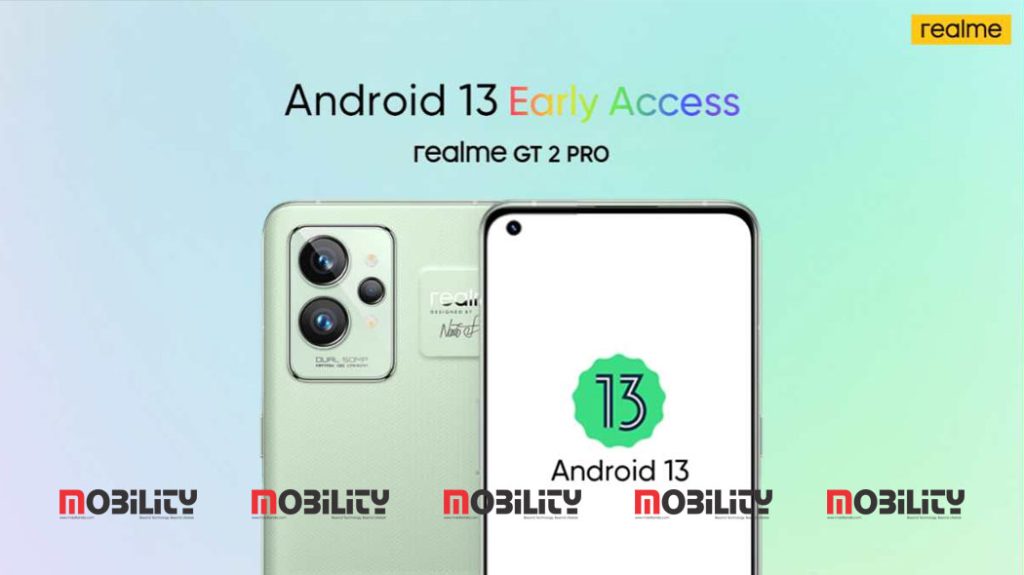 realme, the world’s fastest-growing smartphone brand, has started early access roll out of Android 13 for the users of realme GT 2 Pro following the realme Android 13 roadmap.

Android 13, offers limitless customization choices to cater to Gen Z’s rich imagination and creativity. The early access program intends to give fans a first look at  new features which are based on the Android 13 roadmap. realme users may now try out the Android 13 version for the first time thanks to this beta program.

The upgrade also underlines realme’s commitment to provide its devices with regular and timely updates for two years post launch. Continuing the trend realme GT 2 Pro, launched in April 2022,  are now fetching the June, 2022  realme UI 3.0 updates for users. The application channel will open on 4 August, 202 and applications will be accepted in batches. The update is going to be available to a limited set of users initially followed by a larger rollout later. Installing the Early Access software on your secondary smartphone is advised, as the version will be undergoing improvements for a more refined and smoother experience.