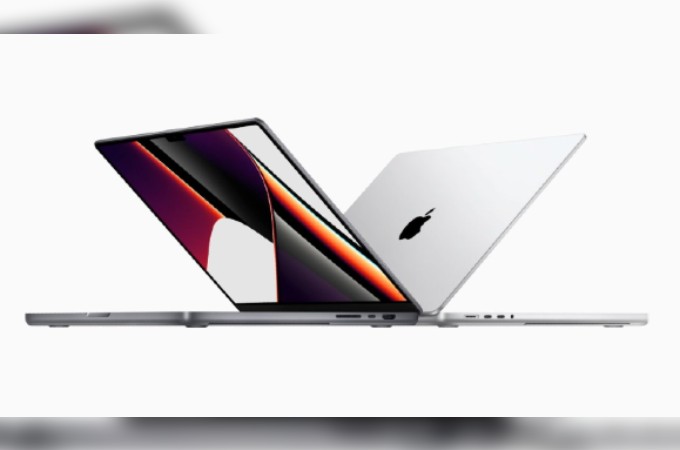 Apple’s ARM-based M1 chip that debuted last year has already proved to be powerful and efficient. Now, building on the M1 architecture, Apple has announced the new M1 Pro and M1 Max SoCs. Made on TSMC’s 5nm process, the new SoCs bring up to 70% faster CPU performance over the M1 chip. These SoCs will power the new MacBook Pro 14 and MacBook Pro 16 models.

Starting with the Apple M1 Pro, it comes with up to 10-core CPU, a 16-core GPU and up to 32GB unified memory with memory bandwidth up to 200GB/s. Higher bandwidth will allow in quickly moving data to and from memory, thus also leading to overall faster performance. The SoC also features 33.7 billion transistors. Now, in the 10-core CPU, there are eight high-performance and two high-efficiency cores.

Along with the 16-core GPU, there is also a media engine that accelerates video processing while consuming less power. The acceleration is also available for the ProRes codec that Apple announced with the new iPhone 13 models. The new chipsets designed for MacBook Pros are aimed at pro users from fields ranging from content, music and movies to app creation.

The Apple M1 Max SoC builds on the M1 Pro, taking its amazing capabilities even further. While it still comes with the same 10-core CPU, the number of GPU cores is doubled to 32, offering even faster-rendering speeds for videos and other graphics-related tasks. It has four times faster GPU performance compared to the M1 SoC. The M1 Max comes with massive 57 billion transistors and also supports up to 64GB of unified memory, offering up to 400GB/s memory bandwidth. While the M1 Pro supports up to two external displays, the M1 Max chip lets you connect up to four external displays.

Apple has finally refreshed the line-up. There are a bunch of new things that the new MacBook Pros bring, making them pro-grade notebooks for content creators. There are two models – a smaller MacBook Pro with a 14.2-inch screen and a bigger one with a 16.2-inch screen. Both are miniLED screens, like what we have seen in the iPad Pro line-up that Apple released earlier this year. These are Liquid Retina XDR displays with an adaptive refresh rate of up to 120Hz. The ProMotion technology can adjust the refresh rate between 24Hz and 120Hz depending on the screen content, while also saving energy. The screen also supports a peak brightness of 1600 nits.

The new MacBook Pro screens have thin bezels along the top and sides and also come with a notch, just like the iPhones. The notch adds more screen real estate, while also housing a 1080p web camera with a larger image sensor that can offer better low-light performance as well. This is a good addition against the backdrop of working and learning from home, where a lot of video calls need to be taken regularly. The new MacBooks have also done away with the Touch Bar and come with mechanical function keys. They also include shortcuts for Spotlight, Siri, Dictation and Do Not Disturb. For secure login using biometric authentication, the MacBook Pros come with a Touch ID sensor embedded in the power button.

No doubt, the new MacBook Pros are expensive as they bring key improvements, from faster processors to better displays and higher resolution cameras among others. These notebooks are designed to attract the pro users looking to ease their workflows and, in turn, bring a better ROI in the long run.