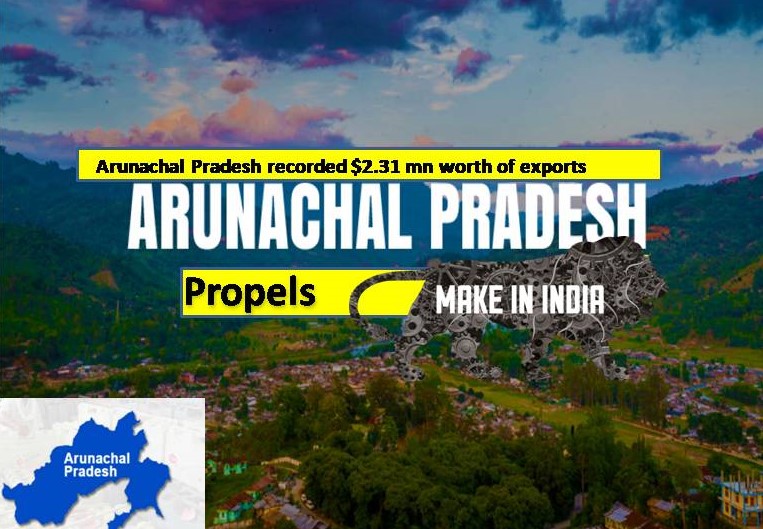 The geographic location provides immense business opportunities in Arunachal Pradesh for international trade with South Asian countries. Major industries of the state include agriculture, art and crafts, weaving, cane and bamboo, horticulture, power and mineral-based industry. The state has one of the highest potentials for generating hydro-power in India. It is divided into five river valleys having immense hydropower potential, currently estimated at 50,328 MW, or approximately 22%of India’s current power generating capacity.

The state is endowed with an evergreen forest cover of nearly 80%. Rich flora and fauna of the state are characterized by 601 species of orchids and over 500 species of medicinal plants.

Due to its topography, the state has varied agro-climatic conditions suitable for horticulture of flowers, aromatic and medicinal plants. Arunachal Pradesh is home to 601 species of orchids, or 52% of the species of orchids known in India, indicating a huge potential for attracting tourists, especially foreign ones.

The state and central Governments have both offered huge fiscal and policy incentives for the development of thrust sectors in the state. Some of these policies include Public Private Partnership Policy 2011, the State Industrial Policy 2008, and the Hydro Power Policy 2008.

Rubber Industry – The Minister for Commerce & Industry, Textiles, Consumer Affairs and Food & Public Distribution, Shri Piyush Goyal has said the North-East can emerge as a hub for rubber production. Shri Goyal said the Central Government has planned rubber plantations on a total of 2 lakh hectares in the NE states over 5 years. Addressing the ‘Destination Tripura – Investment Summit’ through video conferencing today, he said Tripura is the second largest producer of rubber in the country with 30,000 ha cultivation. The Minister called upon the State Government to be the first off the block and take advantage as the early harvester to expand rubber plantations in the state.

Four major tyre companies represented by Automotive Tyre Manufacturers Association (ATMA) have together undertaken to contribute Rs.1,000 crores for rubber plantation development in 200,000 hectare land in the Seven states of North East India, over a period of five years. A Memorandum of Understanding was signed between Rubber Board and ATMA on 1 March 2021. Participating tyre companies together transferred Rs 12 crores to the account set up by Rubber Board on 20 May 2021. Funds provided by the tyre companies are being used for procuring planting materials for commencing planting in 2021.