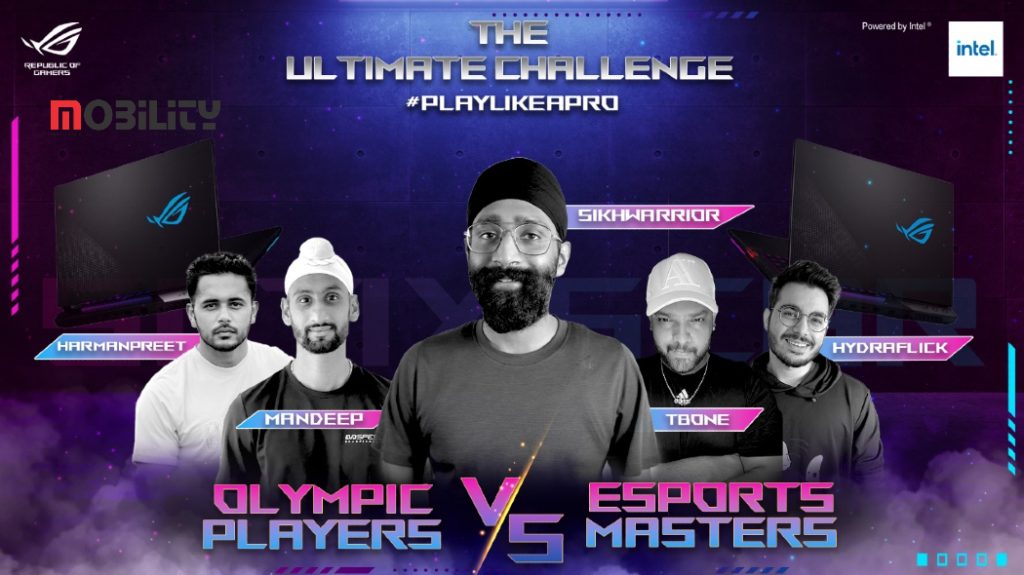 ASUS Republic of Gamers (ROG) announced #PlayLikeAPro campaign with the newly launched ROG Strix Scar line up in association with two esteem players from Indian Hockey Team, Mandeep Singh and Harmanpreet Singh where they share their experience from the world of sports with emerging e-sports talents, in an effort to inspire e-sports players to come together and translate their dreams into reality and be a pro in their own craft. Released ahead of the ROG flagship launch of Strix Scar, the campaign celebrates the true spirit of sportsmanship honed by both the sports and esports athletes.

Commenting on the campaign, Arnold Su, Business Head, Consumer and Gaming PC, System Business Group, ASUS India, said “Every step is aimed towards uplifting the infrastructure of the e-sports industry in India. The #PlayLikeAPro campaign is a step in this direction where we encourage the athletes to come together and celebrate the spirit of sportsmanship, highlighting how both conventional and unconventional forms of sports hone the same potential, zeal, and training to build the pool of upcoming talents”.

ASUS Brand Ambassadors engaged in a friendly match with the Indian Hockey Players to experiment different games on the ROG beast – Strix Scar 17. The match exuded excitement and seeking spirit from the Players who were keen to try out the esports games with the same spirit and vigor as they play on field. The campaign was designed to help the players feel like a PRO just as they would on field. The experience left them mesmerized and wanting for more. The Indian e-sports community has grown leaps and bounds in the past few years, offering gameplay as immersive as traditional games, bridging the gap between the experience and opportunity offered by traditional and online gaming. ASUS ROG lineup has played an instrumental role in facilitating the progress of the industry. ASUS ROG has always introduced devices and platforms that have provided an edge to the players. The #PlayLikeAPro campaign highlights the faster adoption of esports in the community and how it is infusing the spirit of the most celebrated Indian Hockey team in the Indian e-sports players.

Talking about the campaign, Mandeep Singh from the Indian Hockey Team mentioned “A beauty and a beast – that’s how ROG STRIX SCAR series of gaming laptops feel like. It’s stylish, powerful, and helped me realize that playing eSports on this system is as intense as playing competitive hockey!”.

Commenting on the announcement, Harmanpreet Singh from the Indian Hockey Team stated “Playing on ROG STRIX SCAR can be as intense and satisfying as playing hockey in real life. It’s speedy and sturdy for any gamer looking to play like a PRO”.