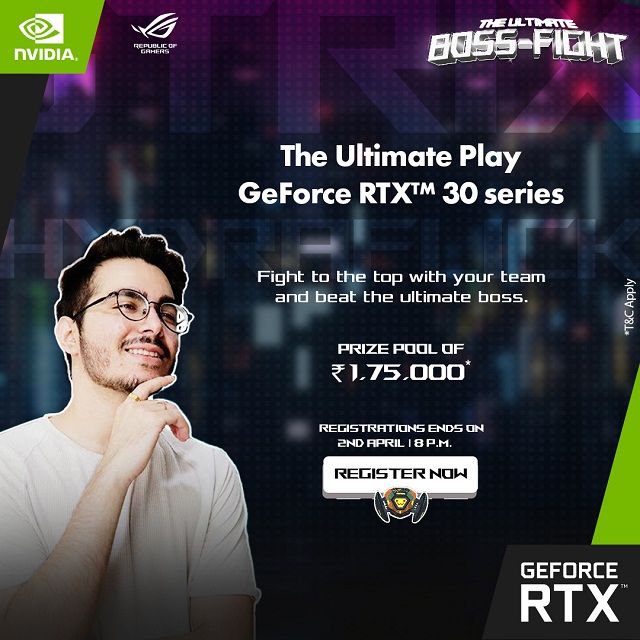 ASUS Republic of Gamers (ROG) announces The Ultimate Boss Fight online gaming tournament for the eSports community of the country. After the successful launch of the latest ASUS ROG Strix Scar series, ASUS ROG is coming up with the “The Ultimate Boss-Fight” – an online tournament to help gaming enthusiasts, professional gamers and eSports gamers to start their winning streak.

ASUS ROG in order to encourage healthy gaming competition will be hosting an online gaming tournament for 5Vs5 game play in VALORANT, where gaming enthusiasts will get an opportunity to fight it off and then face a challenge with The Ultimate Boss – HYDRAFLICK. 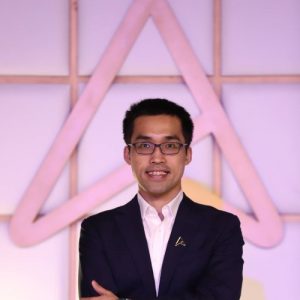 Commenting on the campaign, Mr Arnold Su, Business Head, Consumer and Gaming PC, System Business Group, ASUS India, said, “We recently introduced the ROG Strix series in India and have received an overwhelming response. We have always aimed to empower gaming enthusiasts and creators with the best personal experience when it comes to gaming. The Ultimate Boss Fight – an online tournament further adds to the thrill and provides another opportunity like ROG Showdown and ROG Master for the gaming community to collaborate and engage in meaningful experiences that will help them refine their skill further.”

HYDRAFLICK will be the last stage fight with the team who will clear all levels till the Playoff. The twist in the tournament is such that the team that loses the Ultimate Match/final will have to give up their gaming alias for a week. For egs – If HYDRAFLICK loses, he will give up his alias HYDRAFLICK for a week from social media except his YouTube Channel, And, similarly If the opponent team loses, they will have to give up their gaming name for a week, if any. The winning team will also stand a chance to win cash prize of INR 100,000/.

The online tournament will kickstart on 3rd April to until 8th April 2021. To participate in the “The Ultimate Boss- Fight”, all the interested users, have to get themselves registered on https://theesports.club/event/rog-the-ultimate-boss-fight/. The registrations to participate in the online tournament is already started and will be continue till 2nd April, 08:00 PM.

ROG Strix SCAR 15/17 features state-of-the-art technology and are designed to give the best gaming experience to consumers. These machines are engineered to provide eSports players and enthusiasts an uncompromising and ultimate gaming experience in competitive tournaments. It integrates the latest innovations to keep the most demanding gamers at the top of their game. It also introduces the fast laptop display with a 300Hz refresh rate and 3ms response time. They come further equipped with powerful new GeForce RTX 30 Series GPUs and Ryzen 5000 H-Series Mobile Processors that helps the hardware to reach its full potential with radically redesigned fans and other cooling upgrades. Which also helps to deliver the ultimate performance for the gamers as well as the creators. With these new device ASUS ROG continues its journey to alleviate the gaming experience of consumers in India.