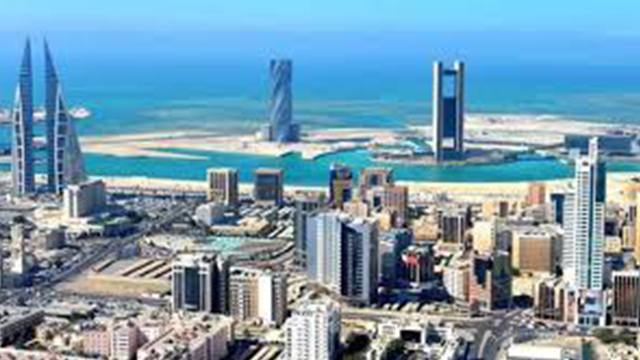 The Minister of Transportation and Telecommunications, Kamal bin Ahmed Mohammed has announced that preparations for the rollout of 5G networks in the Kingdom of Bahrain are complete and anticipates that Bahrain will be one of the first countries globally to provide commercial 5G services by June 2019, pending availability of consumer handsets and equipment.

All of the regulatory hurdles to full 5G implementation have been resolved, with the licensing and spectrum allocation set to be finalised by mid-April by the Telecommunications Regulatory Authority (“TRA”). Mobile operators in the Kingdom have already begun rolling out the necessary network infrastructure.

“Bahrain’s state of readiness is a testament to the leadership of the Government of the Kingdom of Bahrain in enabling the implementation of cutting-edge technology and promoting innovation, and the continuous support of all stakeholders including the TRA and the national Spectrum Strategy & Coordination Committee (SSCC), all of which serves to highlight the Kingdom’s continued role as a regional leader in telecommunications and ICT,” said the Minister.

This announcement positions Bahrain as one of the globe’s leading 5G-ready countries and increases its attractiveness as a destination for companies trialling next-generation technologies such as autonomous vehicles and virtual/augmented reality products as the Kingdom continues to encourage investment in world-class telecommunications infrastructure and services. These products and services will also be ably supported by the National Broadband Network (NBN) which will offer ubiquitous high-speed fibre-based products to operators and consumers throughout the Kingdom.

Successful commercial trials for 5G technology in the Kingdom of Bahrain were held in June 2018 and all the operators are preparing to provide commercial 5G services which will be ready to go when consumer handsets become available. The products and services will be in line with the 3GPP standards issued in 2018 and will predominantly utilise bandwidth in the C-Band spectrum (3GHz) and will allow Bahraini companies to tap into the global 5G services market, which is anticipated to grow from an estimated 60 billion USD in 2020 to an estimated 125 billion USD in 2025.

The Kingdom of Bahrain has consistently ranked high in global ICT indices, being ranked first in the Arab region in the ITU’s ICT Development Index (IDI) for the last five years, and ranked 4th globally in the UN’s Telecommunications Infrastructure Index (TII) of the E-Government Development Index (EGDI) in 2018.

One major benefit of 5G technology is enabling higher volume of data transmission at higher speeds (lower latencies). This in turn enables the development and implementation of technologies such as autonomous driving vehicles, which can require up to 100Gb of data per second to operate. Research and development into other technologies such as AI open up a massive potential market for Bahrain. Furthermore, 5G can potentially support interactive technologies like virtual reality which need high bandwidth to send and receive large amounts of data with very low latency, helping enable the growth of some IoT applications and delivering improved video streaming and high-end gaming.

“Our leadership in 5G reflects Bahrain’s appetite for innovation and sends a signal to the world that we can be a test-bed for some of the most transformative technologies. There were a lot of hurdles along the way – ensuring spectrum availability as soon as possible was a big challenge, but overcoming these obstacles exemplifies the support and cooperation amongst all stakeholders in Bahrain and demonstrates how Bahrain can move quickly, deliver enormous progress against an accelerated timeframe, and be a partner to technology leaders,” said the Minister.