BOTm: On Top of the Game 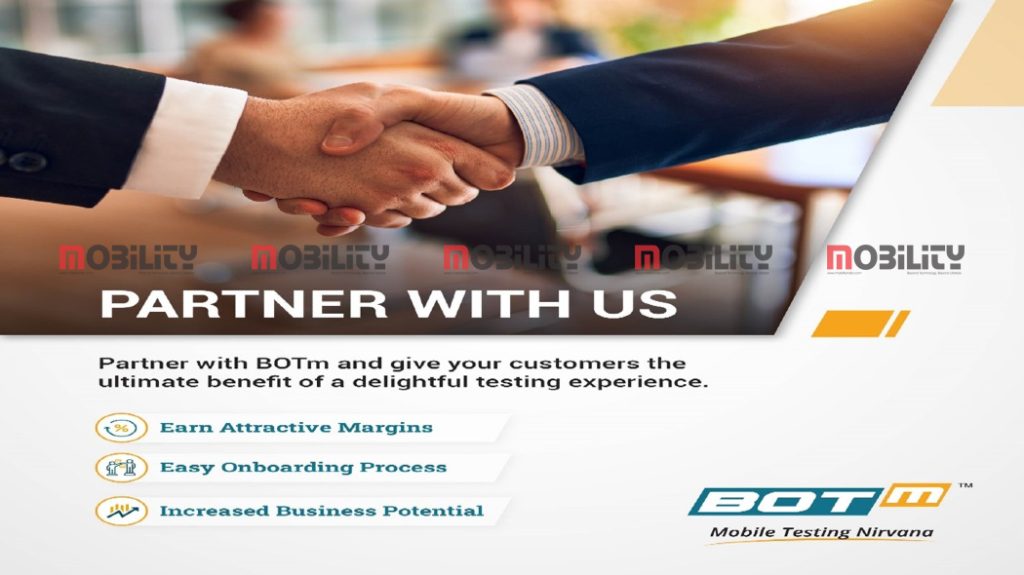 Life without apps is unthinkable today. Even for business. Especially for business! Whatever they do, almost every brand in every sector needs apps. It is believed that there are over seven million apps in the world today. And adding by the minute.

Because apps have to be tested! To a 100% accuracy. Just imagine the chaos if untested, imperfect apps hit the market. All those bugs, failures, slow loading and crashing all the time! Users would turn off and junk them in a matter of minutes.

That’s why there’s mobile testing – or app testing, or software testing as it is variously called. It is the elaborate process that ensures apps are 100% ready for the market. 100%! Anything less is completely unacceptable!

What is Mobile App Testing?

Mobile application testing is the process by which applications are tested and approved for the required quality, functionality, compatibility, usability and performance – amongst other parameters.

BOTm is the accelerator bot for automated and manual testing of mobile applications developed for both Android and iOS devices. It has been launched by AQM Technologies, India’s #1 testing services organization. AQM has earned the sobriquet of ‘India’s largest testing lab’.

BOTm has revolutionized the world of mobile application testing. By making the process automated, it has absolutely changed the rules of the game. It has effectively made mobile app testing a truly delightful experience.

Thanks to BOTm, the scope for becoming a mobile app tester has also been rendered wide open. No more does one have to be a programmer or a technically proficient person – simply because coding is no longer needed. Hence, app developers can get full stack testers from within their existing team itself, resulting in a quicker app delivery.

Loaded with benefits and features

BOTm provides real-time cloud access to multiple mobile devices, as per one’s choice. No need for emulators any more. This process involves the real thing – effectively providing an entire farm of real devices.

BOTm also unleashes the power of AI & ML. An inbuilt tool allows reapplication of test cases to recurrent situations and scenarios. And a powerful user interface dashboard smartly captures key insights and analysis with easy control tools during test execution and post script device logs at every step. Best of all, speed and productivity have been enhanced over five times, while ensuring testing accuracy. Thus, bringing apps to the market up to five times quicker.

In summary, BOTm is  nothing short of a wow factor that is revolutionising one of the fastest growing industries in the world today.

Staying on top of trends

Mobile Testing is evolving at a rapid pace and BOTm remains at the fountainhead of this evolution by staying current with every emerging trend. Innovation in technology is constantly resulting in new trends. More recent trends include AI & ML Integrated Testing, Scriptless Test Automation, and IOT Oriented Testing.

New testing methodologies are also sparking their own set of trends… Continuous Testing, Open-Source Automated Testing, and Cloud-Based Mobile App Testing. And then there are trends resulting from the birth of new industries – M-commerce App Testing being one such resultant trend.

Some of these trends have the potential to be game changers. But whatever the trends and changes in the mobile app and testing space, one thing will remain constant: BOTm’s uncanny ability to remain on top of every evolution.