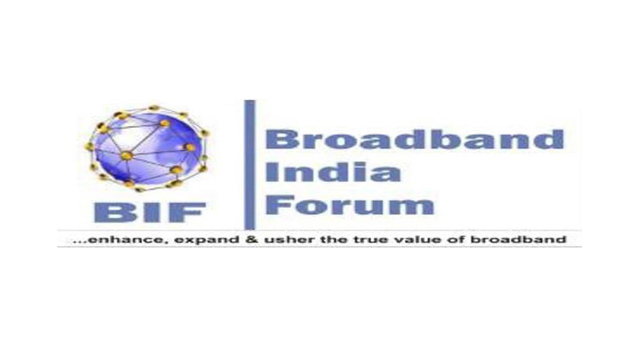 Broadband India Forum, attended the ‘open house’ conducted by TRAI. The open house was attended by leading Industry experts including representatives of the TV Broadcast and Satcom ecosystem. This was a timely consultation on an important issue related to the India broadcasting sector, which has already become one of the mainstays of India’s services sector and in turn plays an important role in the socio-economic development of the country.

The Consultation Paper on this subject was issued by TRAI in third week of December 2017 and comments were requested by end January 2018. BIF has deliberated the various issues brought out in the Consultation Paper in detail with relevant stakeholders and has also provided its views of the Forum on these issues, to TRAI. Among the issues raised in the TRAI Consultation Paper, the pricing / auction of satellite spectrum / channels and possible regulation of the uplinked channels under Indian Telegraph Act 1885 are highly significant. Also, the issue of imposition of “Adjusted Gross Revenue” (AGR) based license fee and auctioning of TV channel permissions per se can have a cascading effect on India’s broadcast industry.

Mr. T.V. Ramachandran, President, Broadband India Forum said, “Before deciding the license fee structure for satellite TV channel permission holders and teleport licensees, it is important to discuss the nature of broadcast business and allied sectors such as teleports and Satcom. The satellite TV broadcasting business requires is growing at a tremendous pace and creating any artificial barriers at this stage should be avoided. Moreover, the operations and maintenance of linear TV channels and teleports is capital intensive with long gestation periods. As such a teleport operating firm may require longer periods to break even. Further, it is the foundation for growth of satellite TV broadcasting sector in India, and export of broadcast satellite communication services from India. Moreover, unlike in the case of terrestrial spectrum, there is also no scarcity of teleport or space spectrum. Basis these criteria alone, one can argue that license fee structure should be simple and the government should not consider auctioning either the satellite TV channel permissions or teleport spectrum licenses.”

One of the issues raised in the Ministry of Information and Broadcasting (MIB) in August, 2017, is whether auctioning a channel as in the case of FM Radio sector, should be adopted as a way to increase the revenue to the Government. Presently, under the extant policy framework, for uplinking of a satellite TV Channel from Indian soil there is a fixed permission/ license fee and for downlinking of a satellite TV channel, uplinked from India, there while there is also a fixed license fee.

The Consultation Paper also mentioned spectrum auctioning for satellite TV channels as one of the alternatives. In this regard, the satellite spectrum can be reused by multiple satellites in geo-stationary orbit. The C-Band (4GHz downlink and 6GHz uplink) and Ku band (11/12 GHz downlink and 14 GHz uplink) Satellite spectrum can be reused by more than 30 satellites, to cover Indian sub-continent. Hence, largely there is no scarcity of available capacity / spectrum for this purpose. Further, the satellite networks have to be coordinated internationally, in accordance with ITU’s Radio Regulations, which have the force of a binding international treaty. Unlike the national air-space, the GSO orbit and the satellite spectrum are natural resources, available to all mankind to be equitably shared among countries. Auctions are therefore inconsistent with the International Nature of Satellite Communications and satellite license auctions would not promote spectrum efficiency. For these reasons, auctioning of satellite spectrum has generally not been supported by countries.

It is important to note that the regulation of TV channels,’ the carriage part (teleports / uplinks) is licensed and regulated by DoT, under the Indian Telegraph Act, 1885, whereas the ‘content and programming’ aspect is regulated by the Ministry of I&B. The broadcasting entity, which is the owner of the ‘content / program’, is separate from the teleport operator. Meaning thereby that a holder of a linear TV channel permission from MIB is not a licensee under the Telegraph Act.

During the early years of satellite TV in India, in the early 1990s or over 20 years ago, broadcasters uplinked their content from abroad. It was the desire of the government to bring the uplinking to India and also to make India as a ‘Teleport Hub’. Now most of the Indian channels are being uplinked from India. To encourage the Broadcasters to continue uplinking of their channels from India, these services / facilities have to be competitive globally, both in cost and quality.