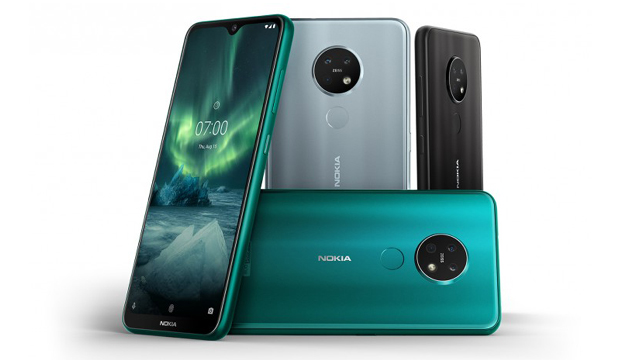 HMD Global Oy, the home of Nokia phones,  announces that multiple Android One Nokia smartphones in India have received the call recording feature on Google’s Phone app. The feature allows users to record voice calls so they can capture important information and go back to reference what was said later.

To activate the recording, simply press the ‘Record’ button while on your call. A disclosure is played when recording begins and ends to notify all participants and ensure they are aware the feature is being used.

To access the call recording later, simply visit the ‘Recents’ tab. If a call was recorded, the user will see a ‘Recorded’ label below the contact’s name or phone number. Once the user taps the call log entry, the call recording player will be shown with a play button. Call recordings are saved on your phone – not in the cloud – for convenient playback and privacy.

The call recording feature is now available on a number of Android One Nokia smartphones in India. To get the new feature, update to the latest version of the Phone app in the Play Store. Your Nokia smartphone must also support Android 10.

“For those without access to a second screen, this new call recording feature means the end of last minute rushes to write down important details. Whether you need to capture a number or address mentioned on a call, or listen back to recordings to re-familiarise yourself, the call recording feature on Google’s Phone app can save you time and energy. This feature has been a top request from users in India and we are pleased to bring many Android One Nokia smartphone users this addition today.”