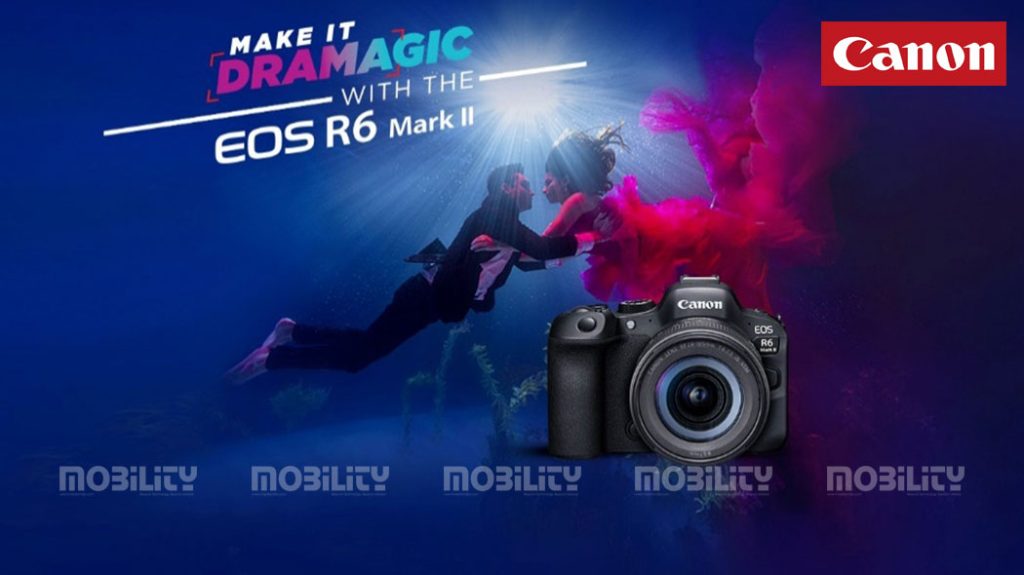 Announcing the launch of its latest marvel in the EOS R line-up, ‘EOS R6 Mark II’, Canon India has launched a new digital film titled ‘MAKE IT DRAMAGIC’. The film beautifully weaves together the soul of photography and filmmaking which is that of capturing raw emotions and depicting the story in every moment. The core thought of the digital film illustrates how a creative professional identifies the drama and the right camera ignites the visual magic to make it an ideal capture. It is a celebration of creativity across genres and the creator’s magical vision that comes alive with a camera that is best suited for diverse needs.

Rolled out across Canon India’s social media handles, the film takes one through many visually appealing scenarios; from a dramatic slow motion of the horse jump on land to pre-wedding shoot of a couple underwater to capturing the mesmerizing aerial dancer in the air that demonstrates the superiority of EOS R6 Mark II in stills and movies. It also sheds lights on the game-changing features of the camera including a resolution of 24.2 Megapixels, 4K 60p and Full HD 180p. 6K RAW movie external recording with electronic shutter at 40fps, HDR Model for moving objects, and Normal ISO 102400 + IS for both indoor-outdoor, and day-night shoots as the film flows from one visual to another concluding how ‘EOS R6 Mark II’ promises ‘100% DRAMAGIC’.

On the launch of the film, Mr. C Sukumaran, Senior Director, Consumer System Products, and Imaging Communication Business said, “At Canon, we believe in creating imaging solutions that push creative boundaries for photographers and filmmakers to capture the extraordinary. The digital film celebrates the spirit of DRAMAGIC that can be brought to reality with our latest marvel- the EOS R6 Mark II. The futuristic build and advanced features of the EOS R6 Mark II with respect to image quality and post-production speed, make it an effortless fit across genres. We are of the utmost belief that India will be in as much awe of this new marvel and what it can do, as much as we at Canon are.”