Cashify, one of the most prominent emerging brand in the Re-commerce space in India, has disclosed that more than 10,20,000 second hand smartphones were bought by them, in the year 2018. The brand has disbursed a total INR 459 crore to smartphone users, who sold their old smartphones on Cashify. Approx. 8,16,000 customers have utilized Cashify’s platform to sell their old smartphone, in 2018.

While most people preferred to have a direct transfer in their bank accounts, Cash was the second most preferred payment mode for the customers, to accept instant money against their old smartphones.
Cashify has also disclosed that Xiaomi, Samsung, Motorola, Apple, and Lenovo are the top 5 brands with most transacted phone models on Cashify. A total 20.7% of the smartphone bought were Xiaomi phones, 18.5% were Samsung smartphones, 18.1% were iPhones, 10.6% were Motorola phones, and 8.2% were Lenovo phones. These 5 brands account for 76% of the total number of smartphones bought by Cashify in 2018.

Apart from that brand has got close to 25 % repeat customers, who have sold their phone on Cashify once in the year already and opt to take the service again. The repeat customers on the Cashify platform are generally those who sold their device on Cashify and then opt for Cashify while selling smartphones of their family members or friends on their behalf.

The average transaction value per smartphone on Cashify has been reported as Rs. 4500. The most number of phones sold in 3 different price categories with their launch prices between 5K – 10K, 11K – 16K and 20K – 30K, respectively. The brand reported that 22% of the customers who owned a device in 5K to 8K price bucket, bought a new device within the same price range, 64% upgraded to the 8K to 12K price bucket, and the balance 14% jumped to the 12k to 18K price bucket.

Cashify has also reported that the majority of the smartphones users who sold their phones under warranty were looking forward to upgrading to a new device with a better set of configuration. A better camera and a bigger screen size stand out as the two most desired features for the users when they plan to upgrade to a new smartphones.

Cashify has also launched screen repair service screenPro offerings an instant screen repair solution to smartphone users who are forced to upgrade to a new phone because screen repair is very costly and a tedious process, that too doesn’t comes with a warranty from the local vendor. Cashify Screenpro offers door-step screen Repair, at an affordable cost as low as 40% less than the local market cost. Also the repair from ScreenPro comes with a 6 month warranty, making it the only reliable service provider in the segment.

In last one year, Cashify has seen tremendous growth and has also raised $12 Mn in a Series C round of funding. The investment round was led by CDH Investments and MorningSide Group, with Chinese recommerce giant AiHuiShou participating as a key strategic investor. Cashify has also been ranked as the 3 rd fastest growing tech startup in the Indian market by Deloitte in their Tech fast 50 India report, which lists the fastest growing tech startups in the country.

Being the largest Recommerce brand in India, Cashify has been the most preferred partner for brands like Xiaomi, Samsung, Apple, One Plus, Vivo, Nokia, Google, HP and retail brands like Paytm, Vijay Sales, to execute their buy back and upgrade programs. Cashify has already partnered with 24 smartphones in India to power their buy back programs, latest being the Vivo V15Pro exchange program in partnership with Vivo India. 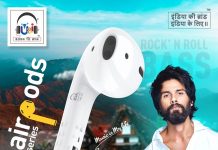 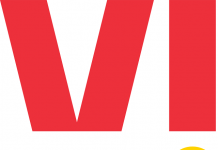