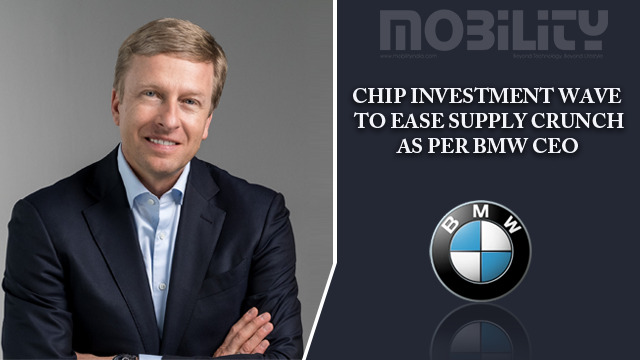 According to BMW CEO, the global semiconductors shortage hobbling automotive production to be resolved in a couple of years as companies and governments work to overcome the shortfall.

“There’s intense focus on the issue globally, so it’s to be expected for supply and demand to be back in balance within two years at the latest,” Chief Executive Officer Oliver Zipse said in an interview Thursday at the company’s driving academy near Munich.

A lack of chips used in everything from navigation systems to certain rear-view mirrors has forced carmakers to curtail production just as demand picks up again in major economies that are easing pandemic restrictions. While Ford Motor Co. last month estimated the scarcity of semiconductors will slash earnings by $2.5 billion this year, BMW has only reported limited stoppages at two European plant

Zipse’s optimistic view contrasts with some of his carmaking peers. Renault SA CEO Luca De Meo said Thursday the chip crisis has exposed the “frightening” fragility of complex supply lines where entire industries depend on highly specialized manufacturers. Strategies that might have been valid two decades ago should be revisited, he said. Volkswagen AG has also cautioned that the semiconductor sh

Volkswagen AG has also cautioned that the semiconductor shortage will become more pronounced in the second quarter, though it still raised its full-year earnings outlook this week. BMW sent a similarly upbeat message on Friday, saying it expects automotive returns to reach the upper end of its 6% to 8% forecast. Strong demand spreading from China to the U.S. and Europe is helping offset higher pri

We cannot expect to remain completely unscathed by the chip shortage during the second quarter,” Zipse said. “But the extent won’t mean a significant impact on our earnings.”

Investment Boom The chip shortages that arose after consumers snapped up electronic gadgets en masse while confined to their homes have spurred broad efforts to boost production. The European Commission plans to double the bloc’s output to at least 20% of world supply by 2030, a move that would reduce its reliance on foreign companies. U.S. President Joe Biden has vowed to better secure America’s

While waiting for investment programs to gather pace, manufacturers have had little choice but to idle plants or take the unusual step of stripping certain high-tech features from select models.

Zipse said BMW has no plans to seek new partnerships or joint ventures, despite current restraints. “For critical components, we’ll stick with long-term supply contracts and a range of different partners,” he said. This will include battery cells critical to accelerating BMW’s rollout of EVs, he said. “From our point of view, we’ve covered the necessary supplies with long-term contracts.”

The global chip shortage is going from bad to worse with automakers on three continents joining tech giants Apple Inc. and Samsung Electronics Co. in flagging production cuts and lost revenue from the crisis.