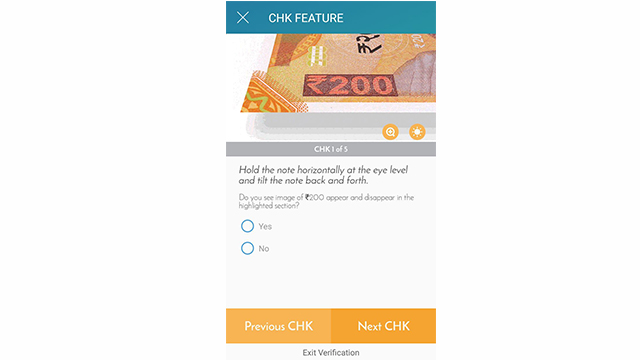 Chkfake Brand Protection Solutions launches “Chkfake”- A unique global platform which allows users to check authenticity of currency notes of any major currency across the globe. Chkfake’s vision is to build a world free from counterfeits, benefiting all stakeholders from consumers to businesses to governments.

On the occasion of the Chkfake app launch,Mr. Tanmay Jaswal, Director and Co-Founder, Chkfake said, “Chkfake is an online platform that allows anyone to check for authenticity of any major currency across globe. Available as an app on iOS and Android, it can be downloaded free of charge. The fastest growing industry worldwide is counterfeiting. Counterfeit value worldwide is estimated at $1.7 trillion, making it the 10th largest economy globally!Currency notes of all major economies are constantly being targeted by counterfeiters. Chkfake is the single point destination to detect fake currency and can be accessed 24X7 from any location via your Smartphone.”

Counterfeit currency notes are circulated across the world and are printed with highprecision which can dupe an ordinary consumer. However, most major currencies carry some high security features which are very difficult to copy. It is important for consumers to know what these features are so that they can detect fake currency notes and protect themselves.

If fake currency notes are not detected, it can have serious repercussions for the affected economy. Some of the commonly counterfeited currencies include U.K. Pounds, US Dollars, Euros, Indian Rupees and Chinese Yuan.

The Government of India demonetized Rs 500 and Rs1,000rupee notes in the country in November 2016.However, there have been news reports of counterfeits of the new Rs.2000 and Rs.500 notes being detected and seized.

With the help of Chkfake, one can verify the authenticity of the new notes as well as older designs of Indian Rupees anytime and anywhere by simply downloading the Chkfake app from Google Play Store and Apple Store. Chkfake can also be used to train key stakeholders/customers, enforcement authorities, employees or people dealing with a lot of cash on how to check for authenticity of currency notes.

Mr. Julius Amrit, Director and Founder, Chkfake also added, “Chkfake is a new-to-market idea. With growing smartphone penetration, and rising incidence of counterfeits leading to genuine consumer concern, a universal destination where consumers can check for authenticity of currency notes just makes sense. It is an idea whose time has come. Chkfake is not tied to a single technology, its unique workflow and intuitive visual instructions allow it to verify any overt technology on these notes.”