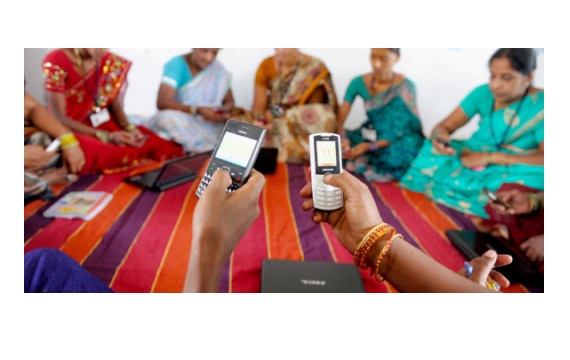 It is widely acknowledged that the Internet has the potential to change human psyche, and act as a proactive catalyst for economic growth. However, with barely 13% rural population on the internet,  India has one of the world’s largest unconnected rural population. In the 2017 Annual Budget, Shri. Arun Jaitley, the Hon.

Finance Minister of India, propagated the extension of high-speed internet connectivity to 1,50,000 villages across the nation. Shri Manoj Sinha, the MoS Communication, has been working tirelessly to expand connectivity across rural India and bridge the Digital divide. The industry has been an equal partner in supporting the Prime Minister’s vision of a fully connected India, said Mr. Rajan S. Mathews, DG, COAI sharing with the media this recent development at the WP (Working Party)-5D Meeting at ITU. But with a huge gap in connectivity and internet penetration, it has turned out to be a difficult task for the policy makers.

With the Indian policy makers aiming to build a telecom based digital infrastructure to cover every corner of the country by 2020, the Dept. of Telecommunication (DoT) is already working on ensuring that the next generation of standards is already designed to suit that need. At the recently concluded meeting of the ITU-R terrestrial radio systems (WP5D) in Canada, the Indian delegation consisting of members from the Telecom Engineering Center (TEC), the research wing of DoT, COAI, TSDSI, industry and academia championed the mandatory evaluation of a configuration called Low Mobility Large Cell (LMLC). This configuration is specifically designed with rural India in mind, and is likely become a game changer.

Mr Rajan Mathews, DG, COAI, said “Considering the view that this approval has come at a time when we are working hard to improve the quality of service for our customers, and in supporting the Govt. of India on the policy initiatives they are taking for rural connectivity”. He added that “The COAI with its members will be working with the Indian administration and other stakeholders to pursue this further in 3GPP, a telecom standard setting body, and ensure that the support for LMLC in the 5G specification is created. Support from a global standards body brings in scales of manufacturing, which is the key to keeping cost low. In a price-sensitive market like India, this sort of consensus building and global cooperation is a definitive need.”

The Cellular Operators Association of India (COAI) had initiated the task of addressing rural Indian requirement using IMT-2020 systems in August 2016, with the active support of its members. It was becoming clear during this time that by 2020, the National Optical Fiber Network (NOFN), recently rechristened as BharatNet, would have reached all the 250,000 gram panchayats in the country. With BharatNet offering the backbone connectivity, it was essential to design a last mile cellular system that would deliver services to users about 3.5 Km away, in villages administered by these gram panchayats. The figure below presents the scenario for rural connectivity.

Illustration of the Rural Indian scenario with Bharat Net Optical Fiber terminating at the Gram Panchayat (GP) The Indian rural scenario is also characterized by low-mobility users, pedestrian and mobile, clustered around a certain geography (households). This input was presented to the National Study Group 5 (NSG5) under the Wireless Planning and Commission (WPC), and the use case articulated as, “Our fundamental approach is to develop the capacity and coverage requirements for the cluster of villages adjoining a Gram Panchayat, and mapping it to relevant Technical Performance Requirements.”

COAI members worked with the relevant telecom stakeholders in the country to make this requirement an inherent part of the work plan in the next generation system designs. The Working Party 5D (WP5D) of ITU-R and the third-generation partnership project (3GPP) were identified to be good channels to have these discussions and building systems. As part of the consultation exercise, COAI jointly with ITU-APT Foundation of India, TSDSI, also reached out to research entities in the country, including several leading IITs for creating the proposal which has now been approved by the WP-5D of the ITU, as an evaluation scenario which new radio systems should satisfy for qualifying as 5G. Thus, through the COAI led initiative this will ensure that the 5G system will satisfy the Indian rural scenario requirement.