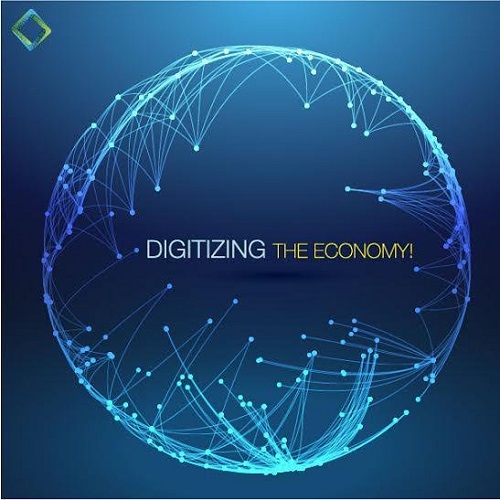 New Delhi , 21 December 2016 : MP Rajeev Chandrasekhar wrote to the Finance Minister Arun Jaitley & RBI Governor Sh. Urjit Patel apprising them of certain key issues that will arise  as the  Government and RBI  move to increasingly to digitize the economy as well as the banking and payments eco-system being transformed.

On the Outset, Mr. Chandrasekhar welcomed the Governments and RBI’s move to transform and digitize the economy.

In his letter to the FM, Mr Chandrasekhar sought the minister’s attention to 5 key issues:

In regards to defining the use and operation of JDY accounts, Mr. Chandrasekhar said “It seems that RBI and/or the banks have not adequately established this definition for Banks to follow, which is the only reason why the JDY accounts all around the country are being used for receiving other deposits and in turn be used for laundering demonetization linked deposits. So RBI must clearly and without ambiguity define JDY accounts in terms of their restrictive functionality in precise terms to Banks that are opening and operating them , so that JDY accounts are ringfenced from the other banking system.”

Speaking on the Use of Aadhaar in the Banking and Financial system, he said “The numerous fake Aadhaar entries in the Aadhaar database, including the recent Pakistani spies who had Aadhar cards issued in fake names with their biometrics shows that the Aadhar database is a very poorly verified database in terms of identifying the person whose biometrics are in the database . I am sure that the Government and RBI is aware of this point as well. The RBI must ensure Aadhaar can and must be used ONLY ALONG WITH other proof of ID for people to enter the financial system.

Talking about the Issues of Transaction Fraud, Data Security and Privacy, Mr. Chandrasekhar said “There are serious gaps in the IT act and the dispute resolution institutions like the Cyber Appellate Tribunal. As we move large parts of our economy and transactions online, there will legitimate issues of Transaction Fraud, Data security, Privacy and disputes between consumers and Banks, Banks and Banks, Merchants and consumers, Merchants and Banks etc. that will explode in volume. The Data security issue in itself represents a serious challenge to our Banking system and the RBI must work with Government to plan pro-actively on issues of infrastructure, capacity building and legislative requirements to deter and prosecute the perpetrators”

He in letter also spoke about Growing the Internet Infrastructure and Access to Digital Payment hotspots said “Since Internet coverage and access is still not available to almost 900 million Indians, there is talk of use of USSD to serve those that are not connected to the Internet. The real solution is to create Internet hotspots all around the country and the infrastructure to take the Internet there. I would suggest that Finance Ministry and Department of Telecommunication work closely to create a more focused investment and rollout strategy of the public networks and private networks using the USO funds and other incentives”

Concluding his letter, he sought the Finance Ministers attention to start planning for anticipated surge in Digital Black Economy “There are already reports of a surge in Domestic bitcoin trade and move of black economy to the Dark Internet. The surveillance and policing requirements are challenging and I suspect the Government and RBI are ill-equipped currently to deal with this. I am drawing your attention to the need to be ahead of the curve on this rather than behind and so the RBI must develop the capabilities on this urgently.” he said.