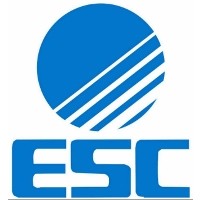 Electronics and Computer Software Export Promotion Council (ESC) has expressed its deep concern on the violent incident taken place at the Taiwan headquartered Wistron’s Narasapura facility in Kolar district in Karnataka. The unit is a regular supplier of Apple.

ESC Chairman Sandeep Narula, reacting to the incident, said: “Industrial peace and harmony are critical to keep the production process going and there is nothing that cannot be solved through amicable discussions, involving labor commissioners and other machineries in respective states,” adding that quick consultative process should be initiated to resolve the issue since the production model followed by Apple – sub contracting production to carefully selected ancillary units-has a huge scope in India and a few other electronic giants are proposing to relocate into India using this production model.

Besides the iPhone, Wistron also manufactures IT products for Lenovo and Microsoft, among others. The Kolar facility of Wistron assembles the latest version of the iPhone SE. The arson and violence caused heavy damages to the company’s plant and machinery and vitiated the working atmosphere. Wistron has received approval for incentives under the government’s production-linked incentive plan, which is reflective of the importance assigned by the Government of India for popularizing such business models to usher in a new regime in the electronics sector for upping India’s production capacities for reducing imports and making forays into exports. “Because of the proactive policies, India, of late, has become an exporter of mobile phones from a heavy importer,” Mr. Narula added.

When plans are afoot for replicating mobile phone experience into other segments of electronics and hardware and many Indian companies are coming forward to adopt this model of production to scale up India’s electronics production capacity, it is important that the incident precipitated at the Wistron is immediately addressed and steps are taken to avoid such situations in the future, Mr. Narula opined.