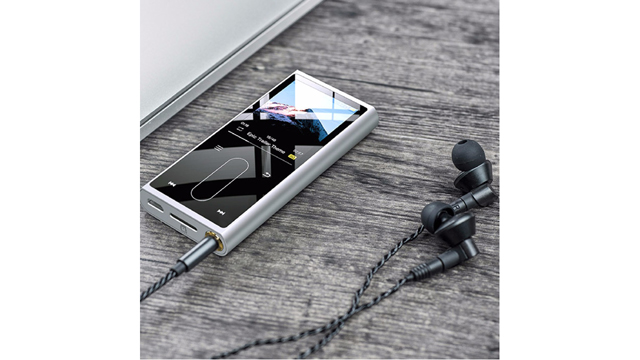 FiiO launches the M3K Portable High-Resolution Lossless Music Player in India. The player is priced at Rs. 6990 and is now available for purchase at leading online & retail stores.

Powerful X1000E processor – Different from the typical music player in its price range, the M3K is powered by the Ingenic X1000E processor which provides high performance but with low power consumption. This ensures with the M3K you get a smooth, yet long-lasting experience without breaking the bank. True high-fidelity audio – The M3K uses the AKM AK4376A, a proven and well-received DAC that is capable of decoding up to 384kHz/32-bit audio with a remark- ably low noise floor, allowing you to hear the music as if you were at the recording session itself.

Pure, unadulterated musical bliss – The M3K has quite the musical, yet incredibly clean sound. With such a low noise floor, you could even hear a pin drop. Charge it just once a week – Thanks to the extremely low power consumption of the X1000E processor, the M3K has a battery life up to 24 hours and standby time up to 38 days. That means if you listen 3.5 hours every day, the M3K can go for a whopping 1 week before needing to be charged again!

High-fidelity recording and playback – With the M3K’s high quality microphone, record audio whenever you want, wherever you want. And with the audiophile audio playback hardware the M3K packs, you can preserve cherished moments in high quality at the touch of your fingertips. All-new AB functionality – The new AB functionality allows you to compare and repeat between two different tracks as many times as you like, allowing you to really get a handle on any differences.

Asynchronous USB DAC – No other player in the M3K’s segment can be used as a USB DAC. With a Mac, the FiiO M3K is automatically recognized when connected with no need to install a separate driver. With a Windows computer, a special driver from FiiO is required. Either way allows you to enjoy up to 192kHz/24 bit audio!

Rapid file transfers through OTG – The M3K supports file transfers with USB OTG-compatible devices if connected by an USB OTG cable. Doing so, you can quickly download and transfer music and other files easily and as quickly as through being hooked up to a computer.

Refined and seamless aluminium body design – The M3K is the first portable music player at its price point to feature a seamless, all-aluminium unibody construction with tempered glass. Those features not only give the M3K a both simple and elegant design, it also makes it near indestructible. Combined with the M3K’s small frame that is designed to make it easy to operate with one hand and you have a beautiful machine that truly considers the needs of its users.

Shiny new capacitive touch buttons – The M3K adopts a set of capacitive buttons + touchpad for operation, a substantial upgrade over last generation’s simpler physical buttons. There are five sets of touch buttons to make getting around the UI easy: next/previous track, confirmation, back, and menu keys. The touch buttons are also backlit to greatly enhance usability in dark areas and make the M3K much easier to use when the screen is off – you get both more convenient operation while enjoying huge power savings from the turned-off screen.

A body and IPS screen you’ll want to touch and look at – A bright and attractive 2.0-inch IPS screen adorns the front of the M3K, instantly grabbing anyone’s attention. This is complemented by the M3K’s handsome body, which continues the design language of the X1II critically acclaimed for its looks and ergonomics.

Thoroughly modern, cool UI – Behind the M3K’s user interface is FiiO’s unique design language – a thoroughly modern and stylish yet functional and intuitive UI that makes getting to your music a joy, not a chore.

One-button lock screen design to prevent accidental touches – The new clock functionality of the M3K allows you to rest easy when listening to your music by letting you keep track of time at a glance. The lock screen has an intuitive, yet effective design to make sure functions aren’t accidentally activated – when in the lock screen, simply press the power button once or slide up the center touchpad to unlock.