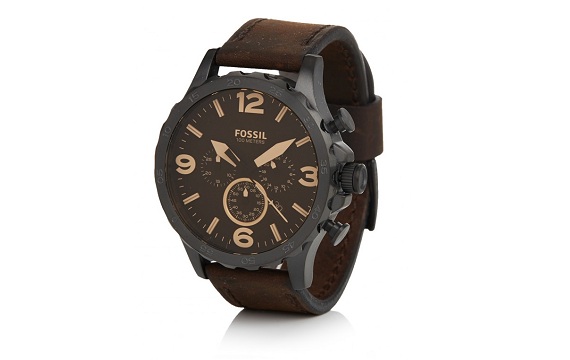 In 2018, Fossil Group will add new brands to its touchscreen smartwatch lineup powered by Google’s Android Wear. This is in addition to the five current brands – Diesel, Emporio Armani, Fossil, Michael Kors and Misfit – that will offer customers new, full-round touchscreen smartwatches in time for fall and holiday 2017.

In the last 12 months, Fossil Group doubled its points of distribution for its connected devices and more than doubled its sales of wearables. Google continues to be a key strategic partner for the company, supporting the expansion of products powered by Android Wear 2.0. The expansion announcement further cements Fossil Group and Google as leaders in fashion-first smartwatches.

“Today our wearables segment is the fastest-growing part of our business,” said Greg McKelvey, chief strategy and digital officer at Fossil Group. “Customer demand is strong and getting stronger, and we’re just on the front end of this business evolution. Clearly, this distinct combination of the best design and the best tech is winning with fashion-conscious consumers, especially our female customers who were long neglected by other wearables brands.”

Earlier this year, Fossil Group introduced its 2017 touchscreen smartwatch line-up, all of which are compatible with both iOS® and Android™ phones. All feature stunning full-round AMOLED displays that preserve the integrity of sophisticated watch design with crystal-clear illumination and crisp resolution. Game-changing improvements in hardware design mean watch form factors are thinner, sleeker, and more comfortable than ever before, and even more appealing to the female customer.

“Our partnership with Fossil Group has been a driving force for the growth of Android Wear’s device portfolio, which has allowed us to offer users choices and diversity,” said David Singleton, vice president of Android engineering at Google. “We are thrilled to continue the partnership into 2018 and implement new ways to connect fashion and technology, leveraging the flexibility of Android Wear and the design capabilities of Fossil Group and its brands.”

Powered by Android Wear 2.0, Fossil Group’s 2018 touchscreen smartwatches will continue to be compatible with both iOS and Android phones and allow users to customize key information to appear on their watch face, create shortcuts to play music, hail a ride, or monitor activity goals. Additionally, third-party apps can be downloaded through the on-watch Google Play™ Store. Customers will continue to be able to personalize watch faces by choosing from thousands of branded dial designs and custom color combinations to best fit their personal style.

Brands with new Android Wear smartwatches launching in fall or holiday 2017 include:

By the end of 2017, Fossil Group will have launched more than 300 connected watch styles across 14 brands. The devices are now also active in 50 countries and 21 languages.

Fossil Group offers more hybrid and touchscreen smartwatch options than any company in the world. The company is featuring new wearables on display at IFA 2017 in Berlin, Germany at booth 216.