Francis Wong appointed as the youngest CEO of realme Europe 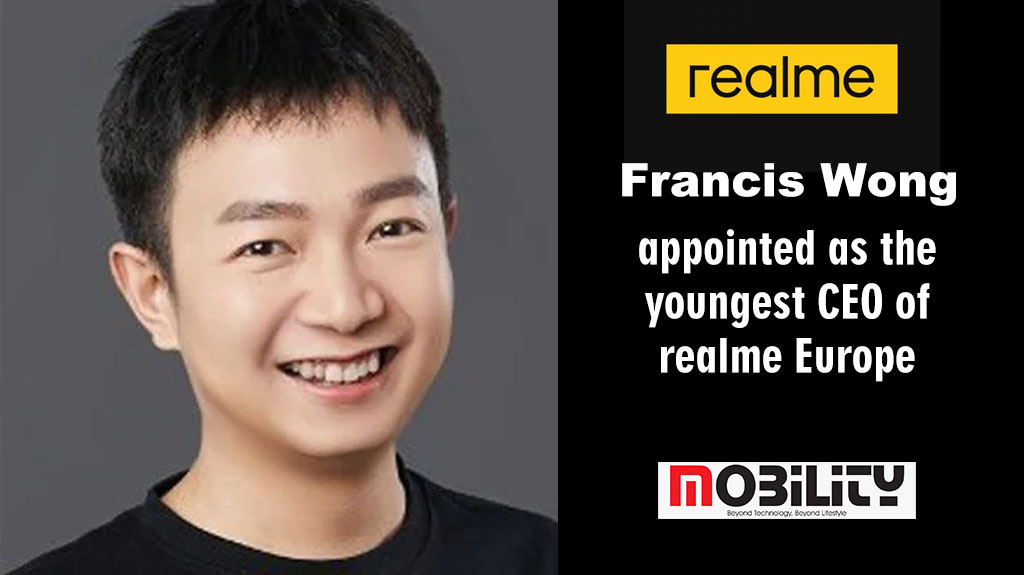 realme announced the appointment of Francis Wong, former CMO of realme Europe and India, as CEO of realme Europe. Under the new designation, Francis will lead the product, marketing and sales functions in the Europe market and will superhead the brand presence and operations in the Europe region.  The development reaffirms realme’s vision to penetrate deeper into the promising smartphone industry in Europe and globally, aided by cutting-edge technology, innovative products and superior servicing.

Francis Wong will be fully responsible for realme’s business operation in Europe, reporting directly to Madhav Sheth, President of realme International Business Group. During his tenure as CMO of realme Europe and India, he led the market strategy for the brand in both the markets, making it as the fastest-growing smartphone brand in these regions. Being one of the core founding members of realme his supervision and leadership helped realme emerged as the TOP 3 smartphone brand in India and TOP 4 smartphone brand in Europe.

Commenting on the development, Francis Wong, CEO, realme Europe, said “It’s a rewarding journey to witness realme teams grow from scratch. Now we are ready to embark on concentrating and cultivating the European market; with focus on leap-forward technology and trendsetting designs, we strive to deliver the next level smartphone & AIOT experience and make our brand a real name.”

realme was founded in 2018 and debuted in Europe in 2020. In 2021, realme became the TOP 4 smartphone brand in Europe, as well as the Fastest Growing Smartphone Brand in Europe, with a 518 percent growth rate. realme is well-known for its fastest growing trajectories in numerous markets and has expanded significantly in Europe in the last two years, making it one of the brand’s key markets. realme is now the third most popular smartphone brand in Poland, and it is still in the top five in France, Germany, Italy, and Spain.