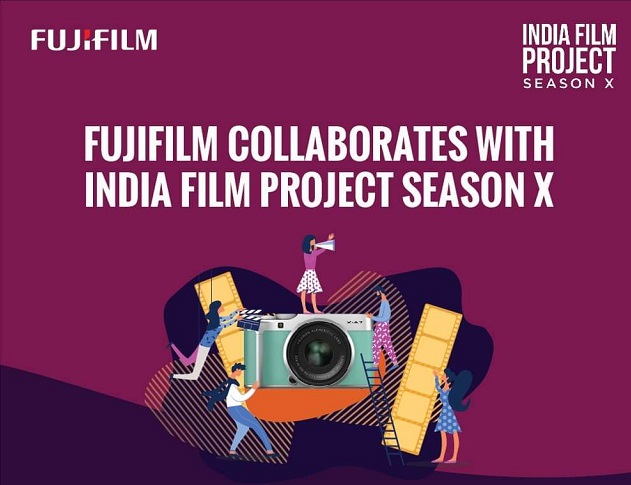 Fujifilm India Private Limited, a pioneer in imaging technologies in association with India Film Project, aims to encourage young millennial vloggers to unleash their video-making skills through innovative content. And in return, they can win a chance to own cameras that are every vlogger’s delight.

The objective of this collaboration is to encourage potential vloggers, beginners and Vlogging enthusiasts to create engaging content that will be showcased and promoted on the Fujifilm India’s and IFP’s social media platforms thereby showcasing their creativity and talent. Through this partnership, Fujifilm India and India Film Project aim to establish an engaging platform for the Vlogging community that can express and showcase their artistic creations.

Commenting on the association, Mr. Arun Babu, General Manager, Electronic Imaging and Optical Devices Division, Fujifilm India said, “At Fujifilm India, we truly value the aspirations of the millennial Vloggers and constantly look towards improving their Vlogging experience. Our partnership with IFP is our effort to support and encourage the talent and creativity of such videographers.”

To best leverage the platform, Fujifilm India is organizing a Vlogging contest for the video making enthusiasts. To participate, the videographers have to submit a Vlog par excellence, which was shot on their cameras post October 2019. The participants should follow Fujifilm’s Instagram, Facebook and Youtube handles and not miss out the form link which they will find in the bios. Post all this, all you have to do is upload the video on your Instagram feed with the hashtag #FujifilmVlogChallenge, #Fujifilm #IndiaFilmProject, #IFPX and tag @indiafilmproject and @fujifilmxindia respectively.

The last date to submit their best work is 19th October and the results of this exciting contest will be announced on 25th October at IFP’s & Fujifilm Social Media Platforms.

As prize, the winners will win the Fujifilm’s vlog wonders the X-T200, the X-A7, consolation prizes, certificates and many more. For assessment, the top 10 vlogs will be uploaded on Fujifilm’s Official YouTube Channel and the three videos to get the highest number of likes will be declared as winners.