Gaming from home? Here is what all you should know! 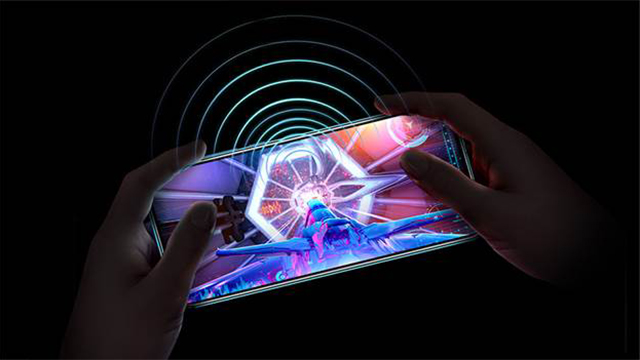 From one of the best apps, technology to best HONOR gaming smartphones

With the entire country holed up in their homes to keep oneself and others safe, there’s no pleasant way to distract yourself from tedium, other than playing games on your smartphones. In order to provide relief to the gamers and ‘non-gamers’ out there, HONOR recommends the best mobile games as well as lists what makes the HONOR smartphones as a powerful gaming phone.

What makes a smartphone a powerful gaming smartphone?

A chipset plays the most significant technology in the arena of mobile gaming and HONOR smartphone features GPU Turbo, its in-house booster. HONOR has achieved a key technological breakthrough with its GPU Turbo that improves graphics processing efficiency by 60% and enables the games to run at optimal FPS while reducing the SoC (System on Chip) energy consumption by 30%. Thus, helping to maintain the balance between smartphone performance and energy consumption. It also helps in reducing frame drops, brings in higher average frame rates, and improves touch response. The HONOR 20 and HONOR 20i from the most popular 20 series and the recently launched HONOR 9X comes charged with the GPU Turbo, making these smartphones a perfect companion during your stay at home days.

The HONOR 20 has HiSilicon Kirin 980 SoC (Flagship chipset), paired with dual-NPU, GPU Turbo, and 6GB of RAM. It has Cortex – A76 with 32% higher power efficiency and 37 % better performance. It also has world’s first Mali-G76 GPU for smoother switches between apps, better performance during gaming and quicker access to gaming apps and dual-NPU for 1.9X Image recognition speed.

Not only this HONOR 20i and 9X equipped with the Kirin 710 and the Kirin 710F, respectively rock four Cortex-A73 cores clocked at 2.2GHz and four Cortex-A53 cores clocked at 1.7GHz. Both SoCs have the same Mali-G51 MP4 GPU that ensures smoother switches between apps, better performance during gaming and quicker access to gaming apps. If you also face the challenge of calls and notification during your intense gaming session, HONOR comes with AppAssistant which gives you an option like game Acceleration which boost gaming performance & Uninterrupted gaming that block calls and other notifications, ensuring that you have an undistracted gaming session. The smartphone from HONOR will makeup as your gaming buddy for a distraction free and power-packed gaming time, even while staying at home.

PUBG Mobile is a graphics-intensive game that demands a powerful phone. The multiplayer battle game can accommodate up to 100 participants as they compete against each other for the Chicken Dinner.

The players have the option to choose from various modes such as Royale mode, Duos and Team Death match. The massive game requires a phone with ample storage and RAM to run smoothly, as new elements, weapons, characters, and skins are added to the game with every update. However the battle royale game can also be enjoyed by lowering the graphics or installing PUBG Mobile Lite.

The shooting game can be played on a mid-range or flagship smartphones. The game consists of various modes that allows the players to either play solo, with two-players and in teams of four. The team that reaches 50 kills first, wins the game. A phone with good graphics processing acceleration technology will provide an enriching experience to the users as regular updates of the game are launched with new characters, skins, weapons.

The game is considered as one of the best car racing games, amongst gamers. It features some of the best, fast and furious cars, including Lamborghini, Ferrari, BMW motors, Porsche. The game’s has high-end graphics that give a realistic feel to the game. The intense graphics of the racing game can be best enjoyed on a phone that comes equipped with powerful processor such as Kirin 980 SoC, internal storage and massive battery to avoid any lags or battery draining issues.

We recommend Mortal Kombat for gamers who prefer one-on-one fights and graphics. The game allows players to play the game in 3vs3 battles, meaning that the team of three characters can play different modes available in the game. Characters such as Terminator, Joker are a part of the breath-taking high fatality game. The game requires around 1.1GB of free space to run smoothly, which can easily be achieved on a smartphone such a HONOR 9X that comes with abundant memory in stock.