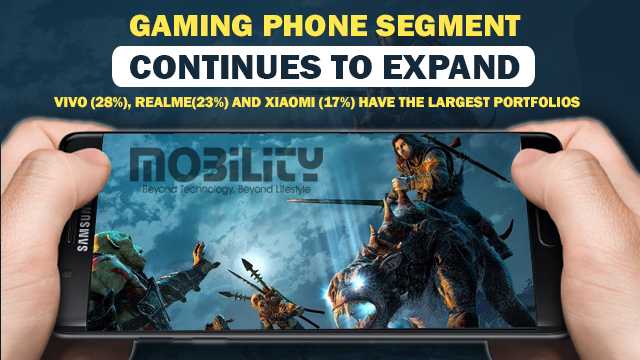 In the recent past years, digitisation has increased the number of smartphones. Increased affordable smartphones and internet connectivity are two major factors that have contributed to the growth of the gaming industry.

COVID-19 pandemic has forced people to stay indoors and just like every industry trying to thrive digitally keeping its people safe, gaming has adopted digital transition quite well. Southeast Asia as a geography has seen a significant rise in the gaming sector. The gaming industry in southeast Asia also has been resilient. It has successfully replaced the shutdown of offline events and slowed down production lines. E-Sports or iGaming (where teams and professionals play skill-based games virtually) is the fastest growing industry as it fosters a sense of community and a perfect source of entertainment in a lockdown like situation.

Gaming phones give an edge over regular smartphones while playing games. It needs to have an advanced thermal cooling system to keep the heat at bay, a powerful gaming-centric chipset coupled with ample RAM and fast storage, a high screen refresh rate, and powerful speakers. Moreover, the number of new gaming smartphone model SKUs launched by quarter. The percentage split of gaming smartphones is shown in the diagram with Vivo leading with 28%, Realme leading at 23%, Xiaomi is the second with 17%, followed by Black Shark, ASUS, Lenovo, Nubia & Oppo.

As the gaming smartphone market booms, we see vendors increasingly optimizing high-specification gaming features, which gives them a competitive advantage.In 2020, 86% of gaming phone models advertised their display refresh rate, 69% above an impressive of 120Hz.Similarly, 62% of gaming phone models advertised their touch sampling rate in 2020, all above 180Hz.

Globally, ASUS has two series – ROG and ZenFone. The company has brought gaming smartphones in the mid-range. While there is a strong demand, launching a “mid-range” gaming phone is a strategy which the company is likely to put according to the market situation.

Cooling systems have become one of the most marketed features in gaming phones over the last 18 months. Vendors are not only looking for new materials but also integrating increasingly complex cooling system designs into the phone hardware. or high-end models, more than one cooling feature has been integrated. The most common cooling features are vapor chambers, cooling pipes and external fans.

As the gaming industry evolves with new technology, more companies and brands will find potential investment opportunities – financial and marketing. There’s a lot of excitement and entertainment waiting for us ahead.

Mobile App Industry Continue to Expand at a Rapid Pace

Requisites of an Air Purifier