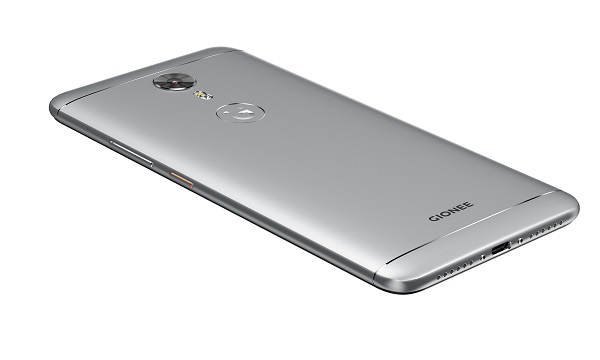 Gionee recently announced its first flagship of 2017 A1 in India, which was previously launched at MWC.  We got a chance to review this latest flagship from Gionee. Key highlights of  A1 is  its longer battery life with ultrafast charge and  camera performance. Gionee A1 is honestly a handsome looking device with excellent build quality. The design language is   not so refreshing though, but has an all metal back with a slightly raised camera module with Gionee logo embossed at rear center. The volume rocker and power key are on the right-hand side, and the hybrid SIM tray is at the left. Overall the 154.5 x 76.5 x 8.5 mm mobile fits quite decently in hand and we can say that this is one of the best looking handset from Gionee.

Lets start with its main USP the camera and the battery life, dose its really take great pictures and sustain heavy usage? The answer is Yes, the images from both the shooters are really of good quality and produce great images. The main camera on the Gionee A1 is a 13 MP shooter with Auto Focus, Face Detection, HDR, Geo-tagging, Touch Focus, Digital Zoom, Video Recording. And the Front Facing Camera capable of shooting 16 MP selfies. We have tried this camera in every lighting conditions and we can say that out of 10 images 8 images comes perfect for us. The front camera also produced great selfies and we can say it is a phone to consider if you are a selfie lover. Now the battery life, the handset draws power from a 4,010mAh battery unit that and really useful device for power user except high end gaming. The smartphone also supports ultra fast charging and comes with a number of battery optimization modes to reduce the power consumption. Now if we talk about its other highlighting features then we can say that  A1 is the first phone this year being shipped with Android 7.0 Nougat out of the box. Gionee runs their own customized Amigo UI 4.0 skin which offers a dedicated page for various advanced features like split-screen, dual-instances of apps, virus scanner, beautified video and a built-in-panic button. Gionee also adds some games and ‘Peel Remote’ to use with IR blaster for controlling various appliances. Apart from that there are several nifty smart settings such as glove mode, edge bar and skylight mode.

Its 18W ‘ultrafast charging’ really charged this phone pretty quick and comes really handy when you are on the move or have limited time to charge.

Verdict: Gionee addresses two key features with A1, Camera and Battery life and at  19,999  we can say that this is a really a gorgeous looking option in this segment.