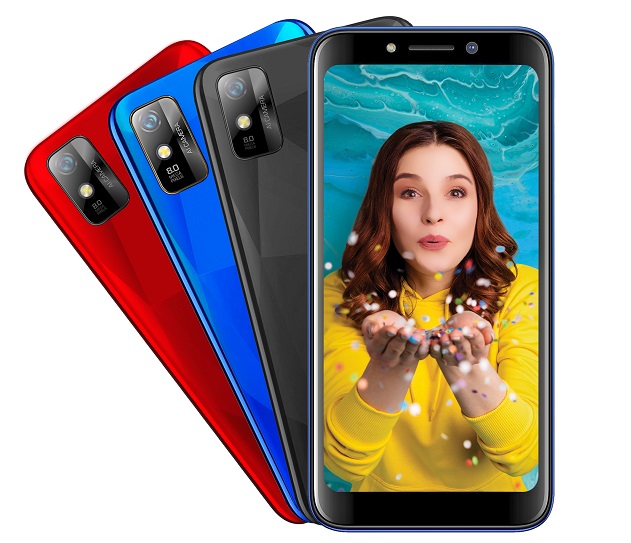 A latest research from Counterpoint’s Market Monitor service mentioned Bharat as home to more than 350 million feature phone users. As per the report, country’s feature phone market has declined by a massive 68% YoY in Q2 2020. These numbers highlight the strong desire of Smart Bharat to upgrade to honestly priced smartphone. The most promising entry level smartphone category is still vacant due to affordability and varied choices. To bridge Bharat’s Digital Divide, enhance user experience for masses and empower the entry level smartphone category, Gionee has partnered with udaan. The exclusive launch of Gionee F8 Neo on udaan has ushered a new era of affordable Super Smartphones urging Smart Bharat to switch from feature to smart phones. Receiving an overwhelming response, Gionee sold out its newly launched F8 Neo within one hour of the special preview sale which was scheduled for 18th October on udaan. The next round of sale will go live soon on udaan.

Gionee will leverage the powerful distribution network of 1.5 to 2.0 Lakh mobile phone retailers on udaan to ensure that these super smart devices reach every nook and corner of the country catering to the pent-up festive season demand. Smart Bharat’s own Super Smartphone F8 Neo with 2GB RAM + 32GB ROM is honestly priced at INR 5499.

According to a new data from app store intelligence firm App Annie, mobile app usage grew 40% year-over-year in the second quarter of 2020, hitting an all-time high of over 200 billion hours during April. App downloads have reached a high of nearly 35 billion. A CMR report has stated that in June, the use of smartphones for productivity rose 40% as compared to pre-covid 19 months. The new Smart Bharat is eagerly looking for affordable and quality super smartphones for productivity, entertainment and connectivity amid the pandemic. New India’s youth is hunting for affordable smartphone options to join the New Informed World. Gionee F8 Neo aims to offer its users an unmatched experience in terms of productive usage and entertainment on apps with its 2GB RAM + 32 GB ROM feature.

As a leading player in the smartphones and accessories segment, Gionee has had some very successful launches including Smartphones, Smart Life Watches, Power banks, Neckbands, Headphones, true wireless stereo, etc in the recent times. Under the company’s new vision of championing honest price approach for all its products and segments, Gionee is set to make honest pricing the next norm for country’s entry level smartphone category. Gionee products are going to be developed by the team based in India. The company is also committed to locally manufacture all its products in the country. In the Smartphone category, Gionee intends to provide an unadulterated UI and UX to the consumers.

Commenting on the launch Pardeep Jain, Managing Director, JIPL that manages Gionee in India said, “Our partnership with udaan is a step forward in making Bharat’s Zindagi Smarter than ever with the launch of our affordable Super Smartphone F8 Neo. We are confident that this device will add on to the festive mood and offer the much needed delight to consumers seeking for affordable yet super quality smartphones in the recent times.”

Speaking on the exclusive partnership with udaan, Vaibhav Gupta, Co-founder of udaan said, “We are very excited to partner with Gionee to launch Super Smartphone F8 Neo exclusively through our platform. udaan platform, working closely with brands, is committed to bringing the newest and best consumer electronics products with genuine trustworthy service to retailers across the depth and breadth of Bharat.”