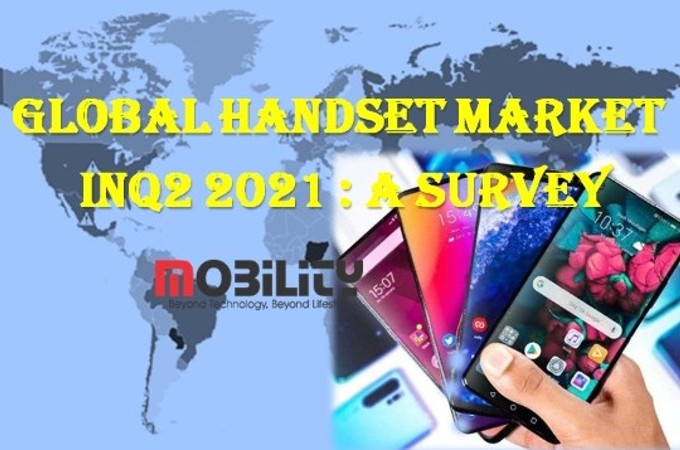 • Apple is likely to retain this edge, enabling it to continue charging premium prices for its handsets

The dynamics of the top global handset OEMs keep changing from a shipment point of view, as we saw with Xiaomi becoming the second-highest selling smartphone brand globally in Q2 2021. However, the picture from a revenue and operating profit point of view has stayed much more stable over the past several quarters.

As per the Counterpoint Research, Apple has been the biggest profit and revenue generator in the handset business. In Q2 2021, it captured 75% of the overall handset market operating profit and 40% of the revenue despite contributing a relatively moderate 13% to global handset shipments.

While this performance shows the power of the Apple brand, it is still lower than the peak of Q4 2020 when its revenue share reached a staggering 50%, up from 28% in Q3 2020, and its profit share reached an unprecedented 86%, up from 51% in the previous quarter.

While there was a significant jump in its shipment share, from 9% to 17% in the same period, the extent of its revenue share reflects the success of its first 5G-enabled iPhone series. Apple also benefits from interoperability between its devices. The convenience with which one may shift between a Mac, iPad and an iPhone encourages users of one Apple device to stay within the Apple ecosystem by acquiring other of the brand’s devices. This is made possible by Apple’s significant control over both hardware and software, enabling a seamless shift of work on an app between multiple devices. While this has been the case for some time, it has become particularly pronounced with the stickiness of music, media, news, storage, etc. Apple is likely to retain this edge, enabling it to continue charging premium prices for its handsets, thus maintaining high operating profit margins.

Samsung, the biggest global smartphone vendor in terms of annual shipments, usually follows Apple in revenue and profit share. There have been two instances when Samsung has failed to generate the second-highest revenue share – Q4 2019 and Q2 2020, when Huawei reached the number two spot. In terms of profit, however, Samsung has consistently been the number two player for the past several quarters.

Despite relative stability at the top, a major shift in recent quarters was caused by Huawei’s decline following the imposition of US sanctions against it. Huawei’s fall has been accompanied by the rise of other Chinese OEMs, particularly Xiaomi, OPPO and vivo, which were the biggest revenue generators respectively after Apple and Samsung in Q2 2021.

While Xiaomi has done very well in terms of shipments, its performance from a profit point of view has not been as strong. This is because Xiaomi has been focusing on excelling in the shipments game in the past few years. Having made strides on that front, its next goal will be to convert its high-volume smartphone business into a highly profitable one. Signs of this shift started becoming visible in 2021 when, for the first time since H1 2019, it generated noticeably positive operating profit as it started launching smartphones with a higher average selling price (ASP). With its recently launched Mi Mix Fold, Xiaomi also entered the ultra-premium foldable phone segment, so far dominated by Samsung. Its other recently launched high-ASP models include the Mi 11i and Mi 11X Pro. However, their relative shipment performance has significant room for improvement, especially when compared with Samsung’s flagship Galaxy S21 series.

It will be interesting to see how Xiaomi and other Chinese OEMs convince their customer base, which they created by selling high-spec devices at relatively low ASPs, to part with larger sums of money that can afford them already popular and well-regarded premium devices.

It may be to this end that the Chinese OEMs have been trying to create greater brand differentiation, as can be seen between Xiaomi, Redmi and POCO; OPPO, OnePlus and realme; and vivo and IQOO.

Besides trying to increase ASPs in their existing markets, these vendors are also trying to expand into newer geographies, particularly Europe. While Xiaomi became the top player there in Q2 2021, OPPO too has done well.

Nevertheless, Xiaomi, OPPO and vivo will need to work harder to increase ASPs to improve their profit margins in the long run. This is especially true for their new-generation foldable and rollable phones as well as for their flagships. In this, Samsung is already ahead as it focuses on reliable and consistent profit margin, an area in which so far only Huawei came close to challenging it. Therefore, we may see several more quarters of status quo.