Google announces Pixel 2 and Pixel 2 XL, along with a refreshed Daydream View for India 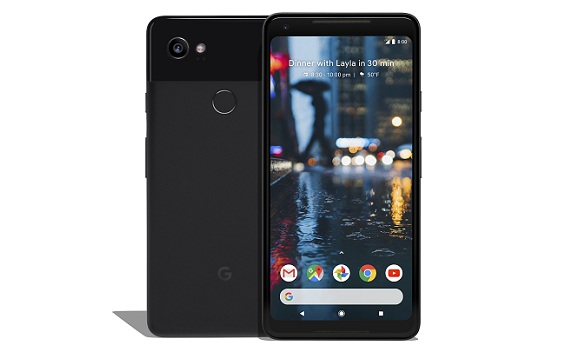 Last year, Google  launched its first Pixel phone. The brand started on this journey by asking “what if smartphones could get smarter and simpler?” The company set out to make the smartphone experience better and bring the best of Google to the most important device in one’s life. With Pixel, Google created the world’s best smartphone camera and the first phone with the Google Assistant.

Today, along with a new family of hardware, Google announces Pixel 2.

Pixel 2 is loaded with a better camera that not only lets you take great pictures but helps you understand the world around you;  a battery that lasts all day;  and an Assistant that helps you get more done.

Taking great photos and videos is the thing you do most with your phone, so Google set out to make that even better. With Pixel 2 you can take the best photos and videos. Independent camera testers, DXO, has rated the Pixel 2 camera as the best camera of any smartphone, with a record-breaking score of 98, far higher than the score of 89 for last year’s Pixel, which at the time was the highest score as well.

Take crisp, clear, and detailed photos in any light, thanks to Google’s computational photography capabilities. The combination of optical and electronic video stabilization enables remarkably smooth video, even when you’re on the move.

Capture stunning portrait shots with gorgeous background blurs, from both the front and the back camera. And with all of those great photos, Google is once again providing free unlimited storage for photos and videos taken on Pixel, in the highest resolution.

Search what you see

Back in May, the company spoke for the first time about Google Lens—a new set of visual features that help you learn more about the world around you and get things done. It builds on Google’s advancements in computer vision and machine learning, combined with Google knowledge graph which underpins Google Search. The company is bringing an early preview of Google Lens to Pixel, so you can try it before anyone else.

At the start you’ll be able to look up landmarks, books, music albums, movies, and artwork, right from Google Photos on your Pixel. You can also take an action like asking Google Lens to copy URLs and contact information from a picture of a poster or business card. Over just the next few months, Google will add more capabilities, as well as the ability to use it in the Google Assistant.

Your own personal Google, built in

The Google Assistant makes many tasks—from sending a text or making a call, to finding an answer—faster, easier and hands-free. With Pixel 2, it’s now even easier to access your Google Assistant with a new feature called Active Edge. Just give the phone a quick squeeze, and ask for what you need. This works even when your phone is in a case.

In the coming weeks, your Assistant on Pixel will also be able to help with your daily routines; using simple phrases you could  trigger actions during the morning, your commute, when you get home, etc. So the Google Assistant on Pixel not only understands you better but can also be more personal to you, helping you get more done at any time.

We’ve all been caught with a dead phone battery so with Pixel 2 Google wanted to make a phone that lasts all day. And if you ever need a quick boost, it can charge up to seven hours in just 15 minutes. It’s also water- and dust- resistant to the IP67 standardand comes with some of the most advanced security features baked in. With monthly security updates direct from Google, your Pixel will always have the most advanced security precautions built in—no more worrying about updating or upgrading.

Google also wants to make it as easy as possible to switch to Pixel. Most people will be able to copy their contacts, apps, messages, photos and more from their old phone in 10 minutes or less. It’s fast and painless.

There’s so much more to Pixel 2—the more you learn, the more you’re going to love it.

Pixel 2 comes in two sizes, with the same great features in both. There’s the 5-inch Pixel 2 with a crystal-clear cinematic OLED display, which comes in Just Black, Clearly White and Kinda Blue. The 6-inch Pixel 2 XL has a razor-sharp pOLED display which creates a full screen, immersive viewing

experience, and comes in Just Black and Black & White.

Alongside Pixel, Google is launching new cases and accessories. That includes customizable Google Live Cases, and a range of cases, cables, headphones and more from 25+ partners in “made for Google” program. These “made for” products will feature a badge on the packaging so you know they’ve been certified to meet Google’s compatibility standards.

Pixel 2 and Pixel 2 XL will be available in the U.S., U.K., Canada, Germany, India and Australia.

Pixel 2 and Pixel 2XL will be available online, exclusively on Flipkart.