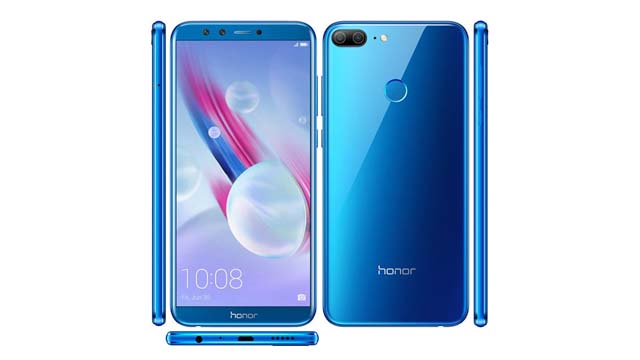 Honor announced that one of the stellar performers in the budget segment, Honor 9 Lite will go on sale again tomorrow 29th March at 12 noon on Flipkart.com after experiencing the overwhelming response during the last sale. Post the unparalleled sale response during the last sale, Honor has planned to extend the offer till 29th March. Since its launch in India, Honor 9 Lite has been going strong in terms of consumer response and sales performance and has emerged as the best budget smartphone. The smartphone company has also introduced a bumper offer which provides INR 2000 bump-up  exchange of 4+64 GB variant of Honor 9 lite smartphone.

Honor 9 Lite has emerged as the smartphone of choice among customers in the Indian market owing to its best in class technology innovation, seamless performance, and elegant form factor. Honor 9 Lite is a brilliant pocket-friendly smartphone with a proven track record of being sold out in every flash sale within minutes on Flipkart.com. It is a 5.65-inch smartphone with an 18:9 IPS display, designed with dual cameras on both the front and rear and runs on Android 8.0 Oreo with EMUI 8.0.

The quad-camera smartphone that delivers unparalleled images for the selfie-lovers, is available at an extremely competitive price point of INR 10,999 for the 32 GB variant and INR 14,999 for the 64 GB variant. Recently, Honor announced the rollout of ‘Ride Mode’ feature via HOTA update (Huawei Over The Air) for Honor 9 Lite in India.