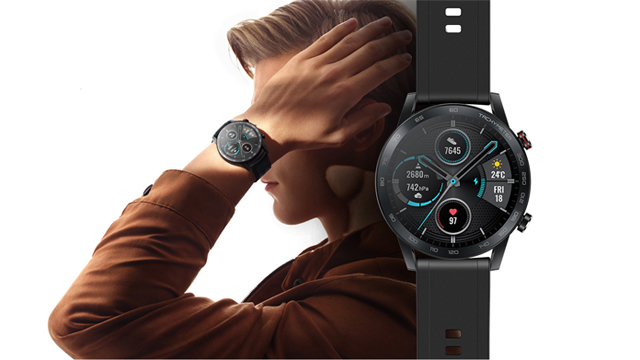 HONOR, the global leading tech brand for youth, today announced two new updates for its latest smartwatch – the HONOR MagicWatch 2. With these two unique and innovative improvements – Spo2 and Female Cycle Tracking features, the HONOR MagicWatch 2 will enable users to have a great overview of your overall health. The SpO2 feature will be available on both 42mm (4.2 cm) and 46mm (4.6 cm) variants. Whereas, the female cycle tracker feature roll out will come on the 42mm (4.2 cm) variant first and later on the 46mm (4.6 cm) variant.

The users, in India, have started receiving the much awaited SpO2 feature via software/ firmware OTA (Over the Air) update from 14th April, 2020 on both the variants. The latest Female Cycle Tracking feature have started rolling from 15th April, 2020 on the 42mm variant. On 46mm variant of the HONOR MagicWatch 2, the Female Cycle Tracking feature update is expected to roll out soon.

HONOR is the first company in India to introduce SpO2 feature into its wearables, giving it an edge over other fitness trackers and smartwatches within the same price segment. The feature allows the users to track the oxygen saturation level in their blood to keep a better check of their health and fitness.

How does it helps?

With the help of the SpO2 feature users can understand how their body is adapting and adjusting to their workouts, sleep cycles and environmental changes. Blood oxygenation, which increases during workouts or other activities, is necessary to supply the energy your muscles need to function. The higher the oxygen content in the blood, the better the metabolism of the human being.

Generally, the reading of blood oxygen saturation level in any individual should be anywhere between 90 percent – 100 percent. If the SpO2 reading persists below 90%, it is advisable to review and seek fitness/ medical advice.

Keeping women’s health in mind, HONOR has introduced a unique feature to help keep a track of women’s menstrual cycle and fertility window symptoms. This Female Cycle Tracking feature in the HONOR MagicWatch 2 will notify period predictions, menstrual cycle data and estimated fertility period, alongside other health features such as Sleep, Heart Rate, SpO2 and other daily activities to track data and, draw inferences and connections. The feature can be best experienced by syncing it with the Huawei Health App, which allows the users to check all their stats at one place.