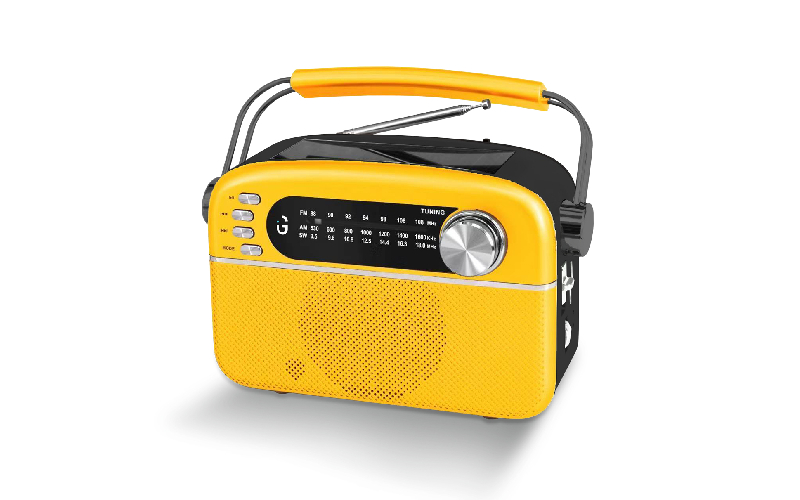 Live the life of the 50s with a twist of the 21st Century with Evoke — iGear’s vintage-styled wireless speaker that doubles as 3-band radio receiver and music player. Built using tough ABS materials, equipped with a large handle and complete with a telescopic antenna and analogue dials, the Evoke give a look and feel of the radios that existed in the mid-20th Century.

Super excited with the release of Evoke, iGear Co-founder Neha Sharma said, “The iGear Evoke was created to bring back memories of the way we used to listen to music and news in the early 1950s. Complete with the retro-look, along with a handle, analogue dial and moving needle tuning indicators, the Evoke is specifically designed to create an atmosphere of the yesteryears. And adding a modern touch to a classic design is a built-in wireless speaker, MP3 player and solar charging options. It’s a great gifting option for parents and grandparents.”

The iGear Evoke is a vintage radio crafted to blend modern technology with retro classic aesthetics. It combines the latest and best digital audio technology with a 1950s retro vibe. It creates a feel just like the golden age of music that played in the 50s but with an advanced Bluetooth v5.0 connectivity which makes this retro Bluetooth radio connect with your smartphone, tablet or laptop.

Built using strong ABS plastics to give it a tough exterior, the iGear is carefully designed with the vintage looks of the mid-20th Century radio sets. Complete with a 3-band radio (FM/AM/SW), analogue dials, and a moving needle station tuning indicator, the Evoke carefully blends the latest technology into the vintage set.

Powered by a powerful-enough 5-watt speaker and driven by a 1200mAh Lithium-Ion rechargeable battery, this little old-fashioned music player can also be charged using pure sunlight. So, if you are out camping or trekking, or spend time outdoors in your garden, you won’t need to hunt for a charging port or a power bank — thanks to a large solar panel on the top, you can run the Evoke almost 24×7 non-stop. It simultaneously charges the battery when exposed to sunlight. Adding to the USP is a built-in MP3 player that can tune into your favourite playlists using a microSD card or a USB Flash drive.