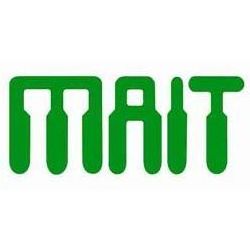 The launch of the report featured an opening address by MrNitinKunkolienker, Vice President, MAIT and Director, Smart link.

Speaking at the event, MrKunkolienker stated, “We have suggested to the Government of India some key policy and market interventions to achieve the vision of ‘Net Zero Imports’ and ignite a culture of domestic ICT and Electronics product manufacturing in the country. Within the manufacturing sector, the growth of the IT-ESDM industry is critical for realising the goals of ‘Make in India’ and ‘Digital India’ launched by the Government, and help establish India as a worldwide PC market by 2020.”
“With the right measures there is potential to ramp up IT hardware production to US$ 2.6 billion within a year and put India firmly on the path to becoming a global ESDM supply chain hub,” MrKunkolienker added.

The study seeks to highlight that compared to other low cost jurisdictions, India poses some disabilities for IT-ESDM manufacturers. The cost of manufacturing is estimated to be higher in India vis-à-vis other global hubs. These are on account of physical factors such as higher costs of power, real estate, logistics, additional expenses on account of freight, as well as fiscal factors. India has a multitude of taxes and duties imposed by both the Central and State Governments. Because of their flawed structure, these taxes often discriminate against domestically manufactured products.

Therefore, the current study was designed to analyze in-depth the state of the IT hardware manufacturing sector in India, with special emphasis on desktop PCs, laptop PCs and servers, identifying inherent drawbacks when compared with China, Taiwan and other East Asian countries. Further, the study findings propose tax policy interventions in the immediate and short term that can lower the disabilities, reignite the growth in this sector and help it to contribute to India’s vision of ‘Make in India’ and ‘Net Zero Imports’.

Domestic IT Market: An Investment Opportunity Waiting to be Tapped India has a large and growing market for IT products and ESDM hardware. Due to various disabilities impacting domestic manufacturers, a large part of this market is being served by imported products, mostly from China. In 2015, we believe the share of domestic manufacturers was only 45 per cent of the total ESDM market of US$ 31.6 billion. For the IT products market of US$ 5.8 billion this proportion was even lower at around 22 per cent.

“The ability of the Government of India to address some of the controllable factors such as tax rates will make manufacturing in India more competitive. This will increase the capacity utilisation of existing players and also attract investments from other players, who are currently importing their products into India and not manufacturing locally. This strategy has already shown results in the case of Smartphone and Tablet vendors, and serves as a strong signal that the PC industry has the potential to go the same way,” surmised MrKrishnakumar of Dell.

“Intel has been committed to making technology accessible to the citizens of India. As a part of its Digital India programme, which aims to bridge the digital divide in our country, the Indian government should definitely look at all opportunities that make this accessibility to technology in general, and PCs in particular, possible for the end consumer. Achieving this feat would require effective policy making and implementation, and collaboration with technology players who can create solutions that fit into this policy framework, to ultimately benefit the citizens,” stated MrSandeep Aurora of Intel.

“Notebook PCs and Desktop PCs continue to be the primary mode of content generation and knowledge creation for youth in India. As young people gear up for employment, PCs are the primary mode of acquiring employment-ready digital skills. PC penetration in India is at a mere 9%, while Sri Lanka is at 12% and China at 50%. With the Government prioritizing initiatives such as ‘Digital India’ and ‘Skill India’, making technology more accessible is an imperative. That is the only way we can create a future ready workforce. We believe an impetus to PCs will help transform India into a digitally empowered society and a knowledge economy,” stated MrPriyadarshiMohapatra of Microsoft.
India is emerging as a design hub for a number of component suppliers. Co-location of design centres and manufacture of Notebook PCs and Desktop PCs can help drive a virtuous innovation cycle driving sustained growth for India’s digital economy.
Employment Generation Potential

It is estimated that for every million units of production, approximately 660 people are employed directly on the assembly side and another 2,640 in components manufacturing. Further, a multiplier effect of 3X can be safely assumed for related Services jobs that the sector would add. Thus, increase in local manufacture of PCs and domestic production of components will result in a significant impact on employment opportunities. With the right policy measures now, it would be possible for India to supply the 21 million units estimated domestic demand for PCs in 2020 entirely from local manufacturing. In addition, India-based firms would be able to scale up production to an aggregate of 80 million units to capture a 30% global market share. This can potentially help to generate approximately 53,000 direct jobs in PC assembly, 2,11,000 jobs in components manufacturing and an estimated 7,92,000 jobs in related services, all aggregating to a total of 10,56,000 jobs over the next five years.

“Policies aimed at neutralizing the manufacturing disadvantages are the need of the hour to meet the goals of ‘Make in India’ and ‘Digital India’. Duty Differential policy for PC manufacturing can go a long way in utilizing hitherto unutilized capacities, and further creating a sustainable IT hardware manufacturing ecosystem for the long-term. The success story of Smartphone manufacturing can be replicated for PCs and servers in this manner,” summed up Mr Rahul Agarwal, Managing Director,

“We hope Government will give consideration to our proposals on a priority basis, keeping in view that the benefits that would accrue out of this proposal will far outweigh the perceived revenue loss,” MrNitinKunkolienker of MAIT concluded.