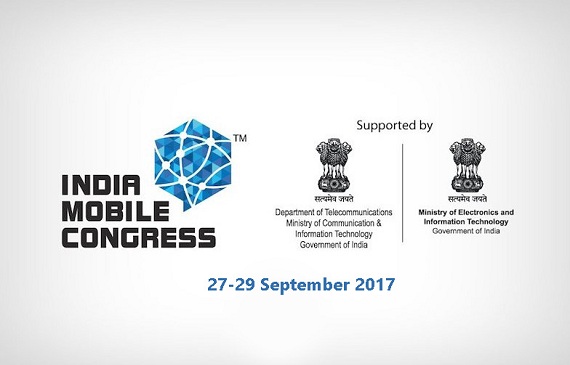 India Mobile Congress 2017 organized a Roadshow in Bangalore in the past week to create mass awareness about the upcoming three-day global technology event, which is scheduled to take place from 27th to 29th September 2017, at Pragati Maidan, New Delhi.

The event will be organised by The Department of Telecommunication (DoT) together with, Cellular Operator Association of India (COAI) & K AND D Communication Limited and the Karnataka Government.

Mr. Gaurav Gupta, IAS, Principal Secretary, Department of Information Technology, Bio Technology and Science & Technology, Government of Karnataka, will be the chief guest of the occasion. The event will be attended by several other dignitaries from the central government, Department of Technology (DoT), and industry partners. Shri N. Sivasailam, Additional Secretary, Telecom, Department of Telecommunications, Government of India and Mr. Rajan S Mathews, Director General, COAI will also grace the occasion and share their vision for holding the biggest ever telecom show in the country.

Bangalore is a home of many tech-startups, IT companies, and R&D centres. Known as the silicon city of India, it is also the fastest-growing metropolises in India. Holding a Roadshow for creating awareness about IMC will be an opportunity to connect all key stakeholders operating within the vast universe of Information and Communication Technology (ICT).

It is noteworthy here that several international companies and foreign governments have already booked their space in the IMC. International IT giant Google has already announced its participation as the Principle Title Sponsor for IMC.

The show will attract approximately 24+ PSUs, 21+ Ministeries, 1000+ start-ups, 8 Indian states, 5000 Delegates and 3, 00,000 footfalls for the Conference and Exhibition. The Exhibition, spread across an area of 15,000 square meters will feature more than 300 exhibitors from ICT, TMT & Government sector, Embassies, States etc. who will be showcasing new products & services launches, disruptive technologies, experience zones, country pavilions and much more.