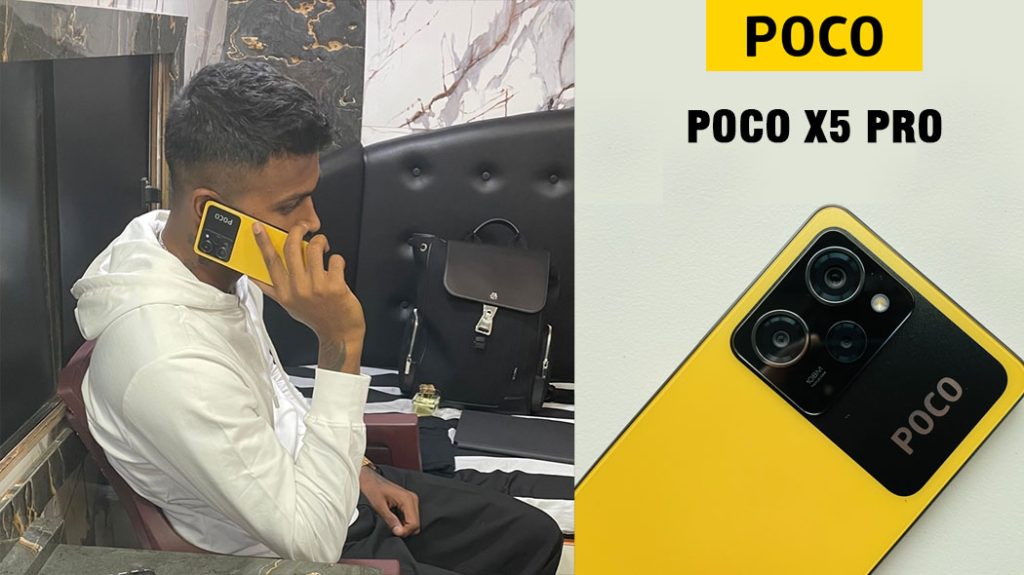 The device will most likely launch in the country by month end of in early February. Ahead of launch, the next POCO X-series smartphone has been spotted in the wild. Turns out, India cricketer and T20I captain Hardik Pandya has been spotted using the POCO X5 Pro 5G. A couple of photos of the Cricketer (and the device) have recently popped up, which give us the first (sort of) official look at the device.

Pandya is seen flaunting the yellow colour variant of the upcoming POCO X5 Pro 5G. We can clearly see a triple rear camera setup and the brand’s iconic dual-tone rear design with a large camera module occupying almost the entirety of the top. The power button, which will also double as the fingerprint scanner, can be seen on the right side of the device. Sadly enough, the images don’t showcase the front of the device.

The POCO X5 Pro 5G is expected to be a rebranded version of the Redmi Note 12 Speed Edition, which launched a little while ago in China. If that is indeed the case, we can expect the device to be powered by the Snapdragon 778G processor, which might be paired with 8GB RAM and 256GB internal storage. Coming to the cameras of the device, the POCO X5 Pro 5G will likely feature a 108MP + 8MP + 2MP triple rear camera setup and a 16MP selfie snapper.