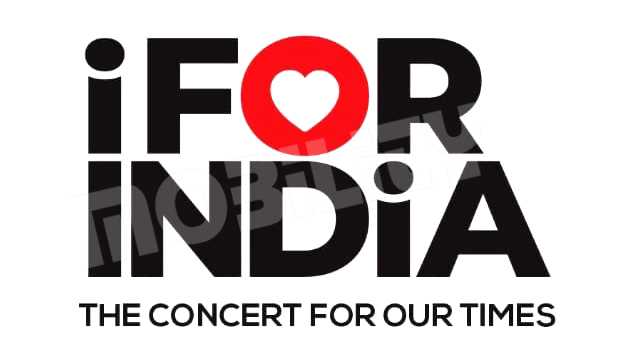 The Indian entertainment industry has come together for a home-to-home fundraiser concert, ‘I for India’, in partnership with Facebook and GiveIndia. All proceeds from the fundraiser concert will go to the India COVID Response Fund managed by GiveIndia. Associated with over 100 NGOs, GiveIndia is working on-ground to support the required interventions with the prevention, healthcare infrastructure, livelihood support, and essentials for people who have been affected by the pandemic and are in need. Aside from offline donations, people in many countries will also have an option to donate using the Facebook Fundraiser tool.

The vision for the concert by leaders from the entertainment industry is three-pronged:

The four-hour-long concert will be live globally on Facebook (www.facebook.com/Facebookindiapp) on Sunday, 3rd May 2020 at 7:30 pm IST and will feature performances and personal messages from 85+ Indian and global stars including:

I for India’s Fundraiser is already active on Facebook and people can donate on https://fb.me/IforIndiafundraiser. People will also be able to make a donation via the donate button next to the video while watching the concert.

Atul Satija, CEO, GiveIndia, said, “The I For India fundraiser concert, backed by a fabulous line up of stars, really feels like a nation coming together – though we are isolated, we are united in our efforts to win this battle against COVID-19. We have already received tremendous support for our missions to provide humanitarian aid to those most affected by this crisis, particularly migrant workers and daily wagers. But with the concert-going live on the world’s largest social media platform, it will help reach the millions of people who want to contribute to this war-like effort. We are extremely grateful to the organizers for putting their trust in us as the donations partner”.

Manish Chopra,  Director, and Head of Partnerships, Facebook India, said, “We recently launched Facebook Fundraisers, that allow people to leverage the full scale and power of the platform, and their passion, to direct resources to initiatives that can protect and save lives. We’re grateful to the entertainment industry for coming together for the I for India Concert, which will benefit NGOs and charities that are right now working to provide food, shelter, and healthcare to those who need it the most”.

This event has been produced by Fountainhead MKTG. V G Jairam, Co-Founder, Fountainhead MKTG said “It is a matter of great pride for us at Fountainhead MKTG to work with the world’s largest film industry, the world’s largest social network, and India’s biggest giving platform to pioneer an entertainment-with-purpose format that is India’s biggest home-to-home concert featuring over 85 large global celebrities across genres. This show has been produced in a record two weeks. We hope everyone enjoys the show and donates wholeheartedly. We are all, truly, in this together”.

Here’s a preview of just some key voices from the concert:

“While we may be social distancing, and that’s the requirement. I don’t think we’ve ever been more connected. People helping each other, spreading awareness just so that we can protect each other and that is the victory of the human spirit.”

“Instances of child abuse have increased during the lockdown. I urge you all to stay more vigilant. If you see or hear anything, suspicious or odd please report it to the authorities immediately. My daughter Adira calls this coronavirus an invisible monster lurking in the streets, she tells me, mamma, this monster will surely go away one day.”

“Humans have an incredible capacity for hope and resilience and finding new ways to help others who need more than we do. Every end is a new beginning.”

“May we remember the lessons learned and never forget we aren’t above nature, we’re just a small part of it.”

“It’s time we realized how interdependent we are on each other. Irrespective of caste, class, gender, religion or country. It’s time for introspection. It’s time to shed our prejudices, it’s time to come together in kinship and harmony.”

“There are 1000s of frontliners and emergency workers who are putting their lives on the line every day in the fight against COVID-19. Every rupee we collect today will help equip these heroes better thus protect them better. So please help keep safe those who keep us safe.”