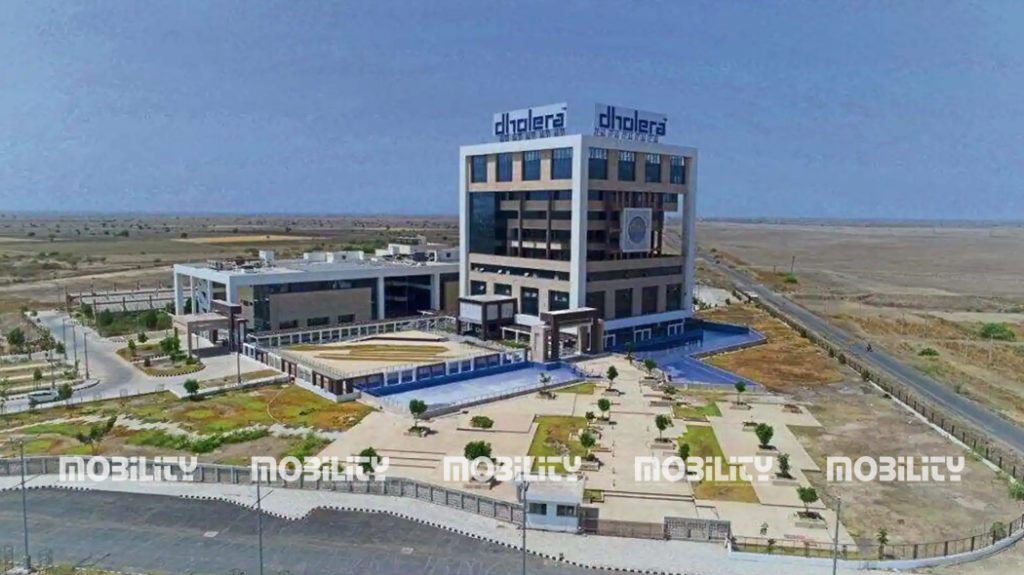 India plans to transform a vast tract of salty marshland in Prime Minister Narendra Modi‘s home state into the most ambitious demonstration of its push to be recognized as a serious player in advanced manufacturing, and an alternative to China.

Spanning some 355 square miles, the agglomeration of 22 villages in Dholera in India’s western state of Gujarat is a pet project of Mr. Modi. When he was chief minister of the state, he envisioned developing the underused land into the country’s answer to Shenzhen, the manufacturing hub of southern China.

The site is now earmarked as the likely home of a roughly $20 billion semiconductor fabrication plant to be built by Taiwan’s Hon Hai Technology Group, also known as Foxconn, which already manufactures Apple iPhones in the country, in a tie-up with India-focused commodities powerhouse Vedanta Group. The Foxconn-Vedanta deal would represent the largest corporate investment in India and its first privately owned fab.

Indian officials are hoping to see construction begin next year, and for operations to begin around 2025

“It’s an opening of a door to many decades of huge opportunities,” said Rajeev Chandrasekhar, India’s junior technology minister, when the deal was announced in September.

The Modi government’s foray into the global semiconductor race is part of a concerted push to boost high-value manufacturing in India, which has long trailed regional rivals because of concerns over the country’s challenging bureaucracy, protectionist rules and poor infrastructure. Spurred by a desire to expand its economy, create jobs and shore up supply chain security, India has announced tens of billions of dollars worth of production-linked incentives in the last two years to draw investment to critical sectors ranging from large-scale electronics manufacturing, to batteries and automobiles, to solar panels.

Manufacturers can claim the funds based on how much they increase their production compared with the previous year. India has also focused efforts on streamlining the myriad processes to acquire the varied licenses required to operate in India.

The efforts have delivered some encouraging results at a time when geopolitical tensions and pandemic supply chain disruptions have prompted Western companies to look beyond China. Foreign direct investment into India crossed more than $80 billion last year, a record, and Apple, seen by many as a barometer of India’s place in the global tech supply chain, has fast-tracked the production of its new iPhone 14 in India.

Semiconductor production will be the greatest test yet of India’s capabilities. Chip fabs require years to build, years more to break even, and depend upon a highly-trained workforce. So much as a flicker in the electricity supply can create lengthy delays and cost tens of millions of dollars.

That complexity has seen even China struggle to bridge the gap with Taiwan’s TSMC, the world’s largest contract chip maker.

“The geopolitical situation now is that everybody wants to have some ability to manufacture some level of semiconductors domestically,” said Paul Triolo, a senior associate at the Washington-D.C.-based Center for Strategic and International Studies. “And so India is no different in a sense, but they’re even farther behind the curve than China was when they decided to get into this.”

Despite strides in local automobile and smartphone production, India remains largely unproven in high-tech manufacturing and has struggled to shake off its tag as a jurisdiction difficult to do business with. State officials responsible for the Dholera development acknowledge the challenge ahead, but hope this project will change that perception.