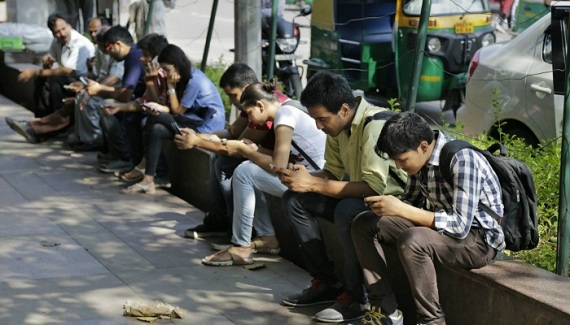 Digital transformation will continue to drive IP traffic in India with the projected increase in Internet users from 373 million in 2016 to 829 million or 59 percent of the Indian population in 2021. In addition, there will be 2.0 billion networked devices in 2021, up from 1.4 billion in 2016 and the overall IP traffic is expected to grow 4-fold from 2016 to 2021, a compound annual growth rate of 30% and reach 6.5 Exabytes of data per month in 2021, up from 1.7 Exabytes per month in 2016, according to today’s release of the Cisco Visual Networking Index™ (VNI) Complete Forecast.

According to the report, M2M connections will represent 22 percent of the total 2 billion devices and connections and will account for five percent of IP traffic by 2021. Advancements in IoT applications such as smart meters, package tracking, digital health monitors and a host of other next-generation M2M services is driving this incremental growth—nearly 21 percent increase in the next five years.

He added “We are witnessing a burgeoning rise in usage of mobile applications and connectivity by end users. The need for optimized bandwidth management, network automation, e2e security and ultimately network monetization through cost efficient data production is fuelling the growth of network automation, mass market 4G deployments and adoption, soon to be followed with 4.5G and 5G. Service providers around the world are busy architecting their networks to be more autonomous and capable of handling high bandwidth to help them meet the growing end-users demand for more bandwidth, higher security, and faster connectivity on the move. Many providers have also started field trials for 5G and are gearing towards rolling out 5G deployments towards the end of the VNI forecast period.”