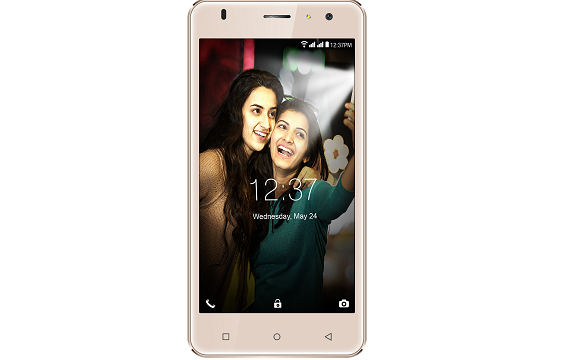 Intex Technologies unveiled its fast-charging smart phone model – Aqua S3. Along with sleek looks & design, the device is powered with high capacity charger that charges the 2450mAh battery at much lesser time to ensure endless entertainment and a running device at an affordable price of Rs 5,777.

Running on the latest Android 7.0 Nougat, introduces notable changes to the operating system and its development platform, including the ability to display multiple apps on-screen at once in a split-screen view, support for inline replies to notifications, and an expanded “Doze” power-saving mode that restricts device functionality once the screen has been off for a period of time.

Apart from the impressive specifications, the device comes girded with impressive VAS services for the users. One major feature is the QR Code scanner that decodes the QR code automatically and shows the relevant information with buttons for the next steps to be taken. Another one is miFon securitywhich is a 9 in 1 security suite, providing outstanding security features like lost phone tracker that works even when there is no phone data, missing phone siren, antivirus and data backup and even clicks selfie of the thief and emails the owner. Aqua S3 also comes with the popular music streaming and image editing feature Gaana along with Vistoso with which the user can unleash the artist within and transform their pictures into artwork.

For selfie lovers and amateur photographers, Aqua S3 offers a powerful 8MP (AF) rear camera to capture vivid images effortlessly and a 5MP (AF) front camera with LED Flash to click beautiful selfies in various modes. The 4G-VoLTE smart phone has an in-built 8GB ROM with an expandable memory of up to 64GB.