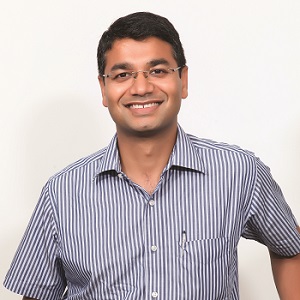 Lava, to enable the government’s policies to promote digitization, is enhancing the feature phone technology to provide 4G-enabled devices that perform nearly the same functions as a smart phone.

The handset Lava 4G Connect M1 is powered by Spreadtrum 9820 processor and though not exactly a smartphone but more of a keypad-enabled smart device that performs nearly all the functions of a smartphone. This handset has two SIM slots, one for 2G and the other for 4G (and no 3G). This is powered by the OS called Mukandroid. Today, the trend is people are moving more towards 4G, but in general 4G phones are costlier, Rs 5000 and above, which is above the affordable limit of most of the users, particularly in rural areas. The Model 9820 is aimed at those who want Internet on 4G. This handset has Facebook light version with preloaded app. We have already launched this in the market and we are getting good feedback from users. You can also stream video and watch cricket on this phone.

Lava 4G Connect M1 is priced Rs 3333. A low economic strata person buys a cell phone for the reasons like voice calling, good battery life and entertainment. This phone serves all those needs. Next, normally after paying Rs 150 or so every month users get songs in data cards get them transferred to their handsets. But with our phone, he can download most of these free of cost directly. Lava 4G Connect M1 handset has 512 MB RAM, 4 GB ROM and the standard 32 GB extendable memory. The phone also comes with a good camera. A user can perform all the operations he performs on a smart phone. This is actually a replacement phone for 3G phones into 4G phone. Right now we have 1 model and depend upon what the users want, we will come up with new models.

Yes, a user can transfer money after downloading money transfer apps. So this phone also enables the government’s initiative of cashless transactions and digital India.

Today Lava commands good share in feature phones and smart phones. The market knows well that the quality and reliability of our phones is very high and superior to what others are offering. The market knows that Lava products are value for money products. We use a 10-piont principle while designing and developing the phones. Our phones in general last 3 yrs on the average, which is high compared to the average market-phones. Now 3G handset users want to shift to 4G handsets at an affordable price and that is where the Lava 4G Connect M1 fills the gap. Next, the growth of smartphones will be incremental and will not be exponential for some more years. So keypad phones will continue to be there in the market. The Lava 4G Connect M1 is very slim easily fits into the pocket, holds battery power for a long time and the handset is strong.

Currently it is sold through offline channel, but soon it will be available online at the same price. We are expecting good demand for this handset in the coming months.